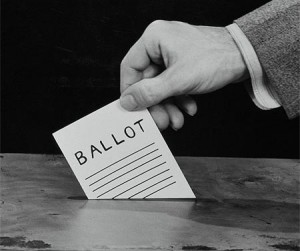 I’m second-guessing my instincts here, friends.  Can you help me out with something, real quick?  In yesterday’s update I posted the following:

While I was writing that paragraph, I couldn’t decide between “like she was churnin’ butter” and “like she was rolling down a car window.”  I went with the butter, but have a nagging concern that I didn’t choose wisely.  And, believe it or not, this is the kind of thing that can bug me for several days.

So, which is better?  Did I make the right choice?  Or is rolling down a window funnier?  Thank you for your feedback on this important matter.

So anyway, I wouldn’t expect this update to be very lengthy, if I were you.  When I was in Atlanta I heard a radio interview of a long-time rock ‘n’ roll groupie, and she was talking about the penis sizes of well-known performers.  And this update is probably going to skew a bit toward Paul Simon, and away from Huey Lewis, if you know what I mean.

Did you vote today?  How’d it go?  Was there a crowd, or was it just you and a couple of WW1 veterans?  Also, what voting method did you use?

They had me put my signature beside my name in a book, then handed me an enormous sheet of paper the size of a menu at a fancy-pants restaurant.  At the top you could choose to vote a straight ticket by party, and there were four individual races underneath, including governor and U.S. Senate. And that’s it.  No weird referendums, or anything.

I made my choices, and was instructed to feed my big ol’ ballot into a machine that looked like a copier.  You feed it in, and it confirms that your votes were recorded.  A few folks in front of me got a NO message, and had to go back to the drawing board.  Which is pretty amazing, since all you have to do is color in a circle…  I wonder how some people manage to wipe themselves, I really do.

And finally, while I was in Wendy’s I came up with a new name for my future alternative rock band that will never actually exist.  For years it was the Lint Donkeys, but I think I’m prepared to change it to Vaginal Cough Drop.  Or maybe that would work better as the name of our first album?  I guess I need to give it some more thought…

What will be the name of your future band that will never exist?  I think everybody has a couple stored away, so tell us about it in the comments, won’t you?

And I’m going to get ready for work now.