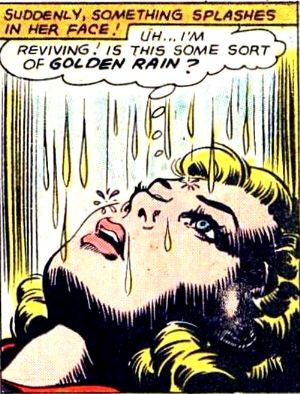 I didn’t make the beer drinkers’ bean pot this past weekend, because the weather was way too hot and humid.  I got up on Saturday morning, walked outside to allow Andy to sling some urine, took a reading and said, “Yeah, this is not bean weather.”  And that was that.  Hopefully I’ll still give a crap by next weekend, but I wouldn’t place any bets on it.

I’d also planned to remove all the Soviet humbox air conditioners on Saturday, but it felt like we might regret it later in the evening.  Indeed, both boys cooled their rooms off that night, before going to bed.  It was a gross and sticky day, right in the middle of our glorious fall.  What the hell, man?  I’m thinking about filing a lawsuit.

On Saturday afternoon I went to lunch with the younger boy, because it feels like there’s not enough just-him-and-me time.  We went to Five Guys, and I ordered a cheeseburger with lettuce, tomato, onions, green peppers, ketchup, and mustard.  It’s a perfect combination.  I love the green peppers, although they cut the pieces a little too thick.  It adds a full extra-inch of lift to that bitch, and I almost have to unlatch my jaw, like a snake.

We talked a little bit, but he’s quiet.  I’m quiet, too, so it’s probably not all that surprising.  But I feel a need to connect with him, like there might be something lacking in our relationship.  I’m sure it’s just his personality, but it takes a little extra effort with the younger one.  His brother talks all the time, and it’s strange how two kids raised exactly alike, in the same house, can have such different personalities.  But he’s fine, just laid-back.  We had a few laughs at other peoples’ expense, and I felt much better about things.

On Friday I went to work for about five hours, to get some things caught-up.  Afterward, I stopped at an unusual beer store/delicatessen/bar in Wilkes-Barre, to check out a Stone Brewing Company tasting event.  They were serving up samples of something called Imperial Black IPA, and it was fantastic.  It was jet black, but loaded with hops – like, you know, an IPA.  It was odd, but delicious.

In the rear of the store you could buy draft pints of this kick-ass elixir, served in Stone Brewing bar glasses, which you could take home.  Each pint was six bucks, and I purchased one without delay.  I mingled a little bit, and talked to some folks I met during my WILK radio appearance.  Then I took a seat at one of the tables, and nursed my beer.

And about one-third of the way into it, I could tell it packed a wallop.  I asked the Stone Brewing dude about the alcohol content, and he said it’s just shy of 11%.  Holy shitballs.  The thing was really, really good, but by the time I got to the bottom of the glass I had cartoon blue jays flying around my head.

I’d planned to have two pints, before hitting the devil’s parkway (I-81), but could tell I’d better stop at one.  I was operating on an empty stomach (a mistake a professional should never make), and a single pint was kicking my ass all over that weird store/beer garden/sandwich shop.  I told a couple of people goodbye, and headed for the door.

As I was leaving, Joe T. and his wife arrived and I started having second thoughts.  Maybe I could have another one, after all?  Heck, it’s just two beers.  Sure, they were bunker busters, but it’s still just two.  Right?  But a guy from my job showed up next, someone from upper management, and I stood and talked with him for a couple of minutes.  And those birds were circling at an accelerated clip.  Man, I needed to get the hell outta there…

You see…  Ten years ago I would have stayed, gotten drunk, and said some things that seemed hilarious at the time.  And the next morning I would have realized with horror that if I said what I thought I’d said, it was some really weird and dark shit.  Then I’d convince myself I’d surely be fired on Monday, and escorted to my car by riffled security guards.

When I got home I had a giant plate of spaghetti, enjoyed two Dogfish Head 60 Minute Ales, and settled in for three episodes of Curb Your Enthusiasm off the DVR.  We’ve almost watched the whole season in two weekends.  It’s solid, as usual.  We only have one episode to go: with Michael J. Fox.  Heh.  I have a feeling I’m going to like it.

Over the weekend we also watched the first episode of a new show called Person of Interest.  It wasn’t horrible, but I was hoping to love it.  I’m willing to give it two more weeks, which is fair, right?  I think so.  Two more weeks to hook me.  I wanna be hooked.

Are you watching any new shows this year?  Tell me about the good ones, while there’s still time to catch-up.  We don’t watch much, but I’d be willing to find the time for something worthwhile.  Help me out, won’t you?

I will be starting the next book, which I believe will come together much quicker than the first one.  It’s going to be non-fiction, which is something I’m a little more comfortable with.  I’ve been working on a loose outline all summer, and I’m ready to go.  It’s going to be a lot of fun, and I hope to come out on the other end with a funny and relatable tale of hillbilly debauchery.  Please stay tuned.

Before I call it a day…  I was recently interviewed by the Kindle Author blog, about Crossroads Road, and you can check it out here.  I did it a couple of months ago, but it was just recently posted.  I hope you enjoy it.

And that’s going to do it, boys and girls.  In addition to the new TV show question, tell us about your weekend.  It’s a Monday tradition, so use the comments link below.  Also, have you ever made a drunken “witty” remark to a work big-shot, which you later regretted?  If so, we’ll need to know about it.