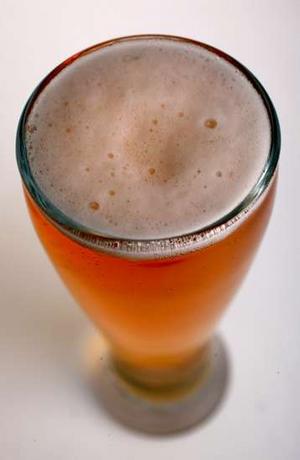 Book update:  The cover is roughly 98% complete, and I’m very happy with it.  The Evil Twin does great work, and this is no exception.  He’s captured the mood, I think, and it looks great as both a thumbnail and full-sized.  This was one of my ridiculous requests, which I’m sure he appreciated.

Also, the electronic versions of the novel are being created as we… write and read, and I expect to have them later today or tomorrow.  We’re getting very close to go time.  Once I have it uploaded, and make sure there are no compatibility issues, I’ll receive a proof copy from Amazon. If everything looks good, I’ll flip the switch and it’ll be available for sale.

It’s exciting.  I’ve been working on this project, off and on, for about three years.  The first draft was completed in December of 2009, and I’ve gone through two big re-writes, and also switched agents since then.  But now we’re just a few weeks away from it finally seeing the light of day.

I think you guys are going to like it.  It might not be great literature, like The Scarlet Letter, but it’s a hell of a lot funnier.  This, I can guarantee.

While I was talking with the Evil Twin on Saturday, he started telling me about a French film director he likes.  He was really getting into it, and it was almost like it was 1979 again, and he was raving about the Stiff Little Fingers, or some other obscure band, behind the counter at Budget Tapes and Records, where I first met him.

In fact, his enthusiasm caused me to check Netflix for films by Jacques Tati, and I ended up watching one (Monsieur Hulot’s Holiday) via their instant streaming service, later the same night.  And, as usual, the Evil Twin was right on the money.  The movie is hilarious and charming, and I want to watch it again.  It was filmed in the early 1950s, at a seaside hotel in France, and it feels like I was transported there.  I’d like to return.

Netflix has four of Tati’s films available, and I plan to check them out, ASAP.  And who could’ve predicted such a thing?  Old movies from France?  Three days ago I would’ve let loose an involuntary “Ha!” at such a notion.

We had a guy come out on Saturday to give us an estimate on rehabbing the deck on the rear of our house.  It’s no longer level, and has seen better days.

Our house is built on the side of a hill, and one side of the deck is sinking into the ground.  I’m afraid to walk on it, which is probably irrational.  But I have visions of me cooking up a mess o’ burgers out there, the shit collapsing, and me lying in the backyard with an in-operation gas grill on my lap.  And I can’t have that.

Anyway, the guy (who comes highly recommended) will jack up the sinking end, add concrete anchors to the posts (there are currently none!), pressure wash and refinish the wood, for $1400.  He told us the deck itself is well made and solid, it just needs some TLC.  One post is slowly easing into the Earf, and that’s the only major problem.  Stupid deck-gobbling Earf…

We’re probably going to end up doing it, of course.  We need our charred meats and summer microbrew deck feasts.  But it’s yet another outlay of cash.  I don’t know if any of you have encountered this same problem, but I’m always being asked to pay for stuff.  Have you noticed this phenomenon?  It’s irritating.

And please don’t start in with the “do it yourself” crap.  Remember who you’re dealing with here.  If you think I’m going to be out there mixing concrete and jacking up decks, you clearly don’t know me very well.  I’m more of a “that asshole said he’d be here at 9:00, and it’s already 9:20” kind of guy.

Wanna see something completely terrifying?  Look at this.  Shit!

On Saturday we were in Sam’s, the exclusive club we were invited to join, and I was the skinniest man in the house.  And I’m fat.

There was a guy there who had a great swinging ass-belly beneath his gargantuan t-shirt.  I’d never seen anything quite like it.  There was a clear separation in the middle, like a standard crack, but it was in the front.  And every time he took a labored step, the thing would sway from side to side.

Even Toney, who isn’t quite as mean as I am, said, “Man, there’s a lotta beef in this place today.”  And she wasn’t kidding! I felt like a tiny pixie of a man beside those shopping behemoths.

And as we walked toward our car, our conversation turned to obese entertainers (triggered by a man who looked like Meat Loaf in compression stockings), and I’d like to make that our Question of the Day.

In the comments section, please tell us your all-time favorite overweight singers, actors, comedians, whatever.  A few jump immediately to mind, but I have a feeling you guys will dig a little deeper.  I have great faith in you.

And I’ll see you tomorrow.