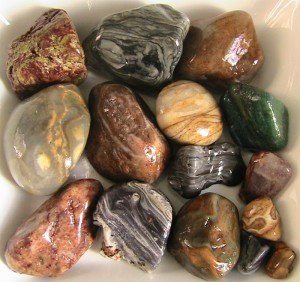 My wife is friends with someone whose parents have a cleaning lady.  The parents were going to be out of town for a few days, and they asked their daughter to come to their house and let the woman in on her scheduled day.

And when she opened the front door of her parents’ house, the cleaning lady shouted, “ARE YOU A JEW??”

“I won’t work for those people,” the woman continued.  “And you look Jewish.  …I’d hate to think I’ve been cleaning the house of Jews for all these years, and didn’t even know it.”

Yeah…  Sometimes people are so idiotic and backward, I think it’s funny.  Then I get accused of endorsing or agreeing with the dipshit who made the original statement.  Are you familiar with this unfortunate phenomenon?

Like that movie Gran Torino…  I thought the thing was laugh-out-loud funny.  Is that wrong?

Our younger son went to Hershey Park last week, on a school field trip.  Hershey Park!  They also go to New York City, and other kick-ass day trips.  We did nothing like that when I was in school.  All we did was the symphony orchestra (zzzzzz…), a bread factory, and some old man who polished rocks.

Except for our senior trip in high school (the one where everybody smuggled hard liquor in shampoo bottles, and we ended up sitting around hotel rooms passing jugs of Pert from person to person…) we had the lamest field trips ever.  Not a Hershey Park or a Bronx Zoo in the bunch.

What about you?  Did you go anywhere cool, when you were in school?  Tell us about it in the comments, won’t you?

Someone sent me this handy booklet a few days ago.  I thought some of you might benefit from it as well.

Over the weekend I got a severe haircut (2 on the sides, 4 on the top), and made a salad later the same day.  During dinner the older boy said, “Why are their tiny hairs in this thing?” as he pulled something invisible off a chunk of cucumber.

Woops.  Maybe I should’ve wore a doo rag?  It didn’t slow anybody down, though.  I wish that to be noted.

And on Saturday Toney and I went to a Wegmans beer tasting.  They have them quarterly, and they’re usually pretty good.  We’ve discovered some great stuff at those things.  But this one was a turd of the highest order.

I don’t know who picked the beers this time around, but I suspect it might’ve been a 17 year old.  Everything tasted like Budweiser, or worse.  It was swill such as Landshark, Shock Top, Red Stripe, some kind of unremarkable Blue Moon seasonal…  I mean, seriously.  What’s next, Busch Ice?

But I bought a 6-pack of Bell’s Two Hearted Ale on my way out the door, so it wasn’t a complete bust.

On Saturday night Toney and I watched The King’s Speech.  It wasn’t as annoying as I’d feared.  I don’t generally like heartwarming films about people overcoming a disability or affliction.  Various retardations and whatnot…

And when I heard this one was about a stutterer, I instantly wrote it off.  But it wasn’t so bad.  I’m glad I let me guard down for a couple of hours.  It won’t serve me well to make a habit of it, though.  This, I know.  Are there any self-created genres of films you refuse to watch?  We need to know about them.

I’ve been on the phone all morning, dealing with some real life shit…  I need to cut this one a little short.

If you’d like to comment on any of the stuff above, that’ll be cool.  Or you can just tell us about what you did this weekend.  I’m having a series of mini nervous breakdowns… what about you? How’d you spend your downtime, if applicable?