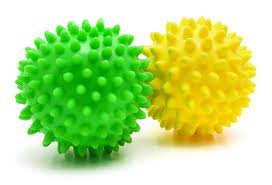 A few times over the past couple of weeks Toney asked if I’ve seen an annoying new Kit Kat commercial. And since I almost never watch TV, the answer was no. But she mentioned it a couple of times, so I knew it must be a good one.

And over the weekend I was watching American Pickers, or something to do with ghosts trying to pawn enormous sandwiches, and without warning… my whole body was thrown into a radical flex.

Have you seen this? Good god!

It sounds like Nostrils is in the room, going to town on some blue chips and asparagus dip. Who thought this was good premise for an ad?? Sweet sainted mother of Randolph Ripoff! Of course, I am writing about it, aren’t I? I hate all those people, and wish the ceiling would collapse on them. Each of them deserves a free-falling beam, especially the ones who moaned.

I was in Target on Saturday, looking for shirts, and some doucheketeer with an abundance of gel in his hair asked the girl at the fitting room counter if he could try on underwear.

She chuckled, nervously, and said, “No, we don’t really allow that.”

“But how am I supposed to know what size to buy?” he demanded.

Flustered and exasperated, she told him to go ahead. And I saw him rip into a package of Fruit of the Looms as he walked into the dressing room. Oh, these weren’t fancy designer drawers he was thinking about purchasing. No, they were just regular ol’ Hanes, or something.

I didn’t stick around to see what happened, but one thing’s for sure… I won’t be buying any taped-up packages of underwear at Target. Not that I would’ve before, mind you. I assume she picked up the pairs he decided against, with a pencil or a wooden spoon from housewares, and moved them to the damaged bin. But I’m not taking any chances.

Why are so many people so goddamned weird? I bet that dude was in there marching around in front of a three-way mirror, doing deep knee-bends, etc.

It shouldn’t be allowed. No balls are to come in contact with the merchandise. I think I might call the 800 number and remind them of this. They don’t permit open-air balls in office supplies, and the same goes for the shoe department. And you never hear someone say, “Would it be alright if I take this Crockpot into the men’s room, remove it from its packaging, and drag my testicles around the rim? You know, before I decide to buy?”

I have a feeling they’d say no to such a request. And it should be the same answer, across the board. Am I way off on this one? Please set me straight in the comments.

I’d also like to know your thoughts on that horrible commercial.

And I need to go now. I have a meeting at 3:30 which may or may not be bad news for your humble correspondent. Wish me luck, my friends.

Now playing in the bunker
Treat yourself to a Runny Nose Soap Dispenser!