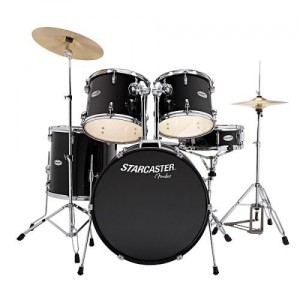 On Saturday the younger Secret had a basketball game, which turned out to be very exciting indeed.  At halftime “we” were down 18-2 (these aren’t exactly high-scoring affairs), and came back to win 25-24.

Before it started a woman wearing high heels and a fur coat came sashaying across the hardwoods, heading for a seat on the other side.  She was clearly relishing her time in the spotlight, sporting her ludicrous Zsa Zsa Gabor outfit, and I was fully expecting her to start waving to the crowd.  The screwing-in-a-lightbulb wave, of course.

But when she was roughly halfway across the floor, she fell off her shoes and almost went down.  She was bent way forward, like a lower-case r, and had to run for ten yards in order to maintain her balance.  And the whole frantic journey was accomplished on the side of her feet.

The crowd chuckled straight down its collar, trying not to be rude, but falling victim to its human limitations.  And when I looked over at Toney her face was a full crimson mask.  She was having a hell of time holding it in, and finally had to excuse herself, so she could laugh freely in the hall.

During the game itself I grew to strongly dislike a kid on the other team.  I felt guilty about it, but everything about him irritated me.  He had all the mannerisms of a professional basketball player, probably learned off SportsCenter, and was just generally douching it up.

It’s horrible, I know, but I wanted him to be humiliated.  A ten year old.  When the kid’s team lost in dramatic fashion, I felt great satisfaction.  And not because the Secret’s team was victorious, but because I knew it would probably ruin ol’ NBA Mannerisms’ day.  What have I become?!

On Saturday afternoon Toney and I went out and did some Christmas shopping.  Don’t tell him, but our younger youngling will be receiving the drum kit he wants.

We bought it from Sam’s, because it comes with a stool and cymbals (many don’t), and is a recognizable brand name.  And as we were checking out, the cashier looked at the giant box and said, “Uh huh… You’re going to regret buying that.  You folks have nobody to blame but yourselves.”

She said it in a good-natured joking way, and was, of course, speaking the absolute truth.

And when we were getting our receipt checked at the door, the woman said, “Whoa, now THERE’S a bad decision.”  It was funny the first time, but not so much when a consensus started being formed.

I had a hell of a time getting it into my car, and some man, another customer, stopped and helped me.  Which was very nice, and something I’d never do.

We went to Wegman’s and purchased our Microbrew of the Weekend: Steelhead Extra Pale Ale.  It turned out to be good, but not extra-good.

Last weekend we had Sierra Nevada Celebration, and it was nothing short of excellent.  I give Celebration Ale the prestigious Surf Report Seal of Approval.

On Saturday and Sunday I worked on a very important special report:  How To Be A Used CD Ninja.  Check it out, at Suggestaholic.  It could change your life.

And on Sunday the older Secret had an important swim meet.  I took the day off from work, so I could attend.  And also because I’m going to be working upwards of sixty hours during the coming week.  Grrr…

Anyway, they have a new fancy-pants scoreboard at the pool, and it was incredibly bright.  It looked like it was two stories tall, and seared my retinas if I looked at it for very long.  It reminded me of the Seinfeld episode, when Kenny Rogers Roasters opened across the street from Kramer’s apartment.  They’ve turned the swimming pool into a chicken supernova!

I sat beside a guy who looked like Curly, but was wearing a Larry t-shirt.  In front of me were a couple of dads with kids on the other team.  And they never stopped hollering.  PULL!  PULL!  PULL!  The hell, man?!  They were getting a tad worked-up.  I wanted to throw a Coke on them.

It was an exciting meet, and “we” won by only a few points.  For a long time it was all tied-up, and could’ve gone either way.  It was fun, except for the “exhibition” races.

Exhibitions are held so everyone on the teams can swim in a race or two.  But they don’t count toward the score, or anything.  Basically, it’s the kids who aren’t very good.  Just to be frank about it…

In one exhibition a kid was swimming round and round, like a drill bit.  I’m not joking, he’d twirl all the way over, with every stroke.  Another boy thrashed at the water, in a wild frenzy, but wasn’t moving forward.  A head of lettuce could’ve beaten him.  I thought they were going to have to lasso him, and pull him in, but he finally made it.

I understand why they have exhibition races, but they make the meets last twice as long.  And I can’t have that…  They’re already hours of sitting inside a heat box.  Get it moving, dammit!

And that was the weekend, in a nutshell.  Did you do anything exciting?  How about your holiday shopping?  Is it done?  Ours isn’t, as usual.  And it’s yet another source of stress in my life…

Bring us up to date in the comments, won’t you?