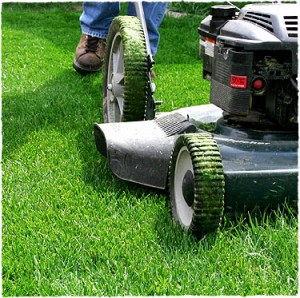 Around 7:30 this morning, while I was completely asleep, I launched into an extended sneezing jag and woke myself up.  Toney says I also cranked off about six sneezes in a row, an hour before.  Do people sneeze in their sleep?  It seems unusual to me.  And it’s a very strange way to start the day.

In any case, I slept about seven hours last night, but don’t feel rested.  I can tell, already, that it’s gonna be a struggle.  I’ll be working until 1:30 am, and the clocks will be going forward part of the time, and occasionally backward.  And I hate it when the clocks start doing that forward/backward bullshit.

Yesterday I had Big Ambitions.  I wanted to mow the lawn, wash my car, and get a haircut.  I managed to mow, but the other two items remain on the to-do list.  The grass did me in…  Why did we buy a football field on a radical slant?  What were we thinking??

My car needs a bath.  The inside is also kinda dusty and I think there’s a McDonald’s sack on the back floor with a half-eaten cheeseburger in it.  I seem to remember tossing it there, after detecting an unusual texture and convincing myself some zitster spit on it, or engaged in a little stunt-jackin’ near the patty.  Blecch.

In California they had gigantic spas for your car.  You could go there, pay ten or twelve bucks, and enjoy a cappuccino at their outdoor cafe while a team of ten or twelve Spanish-speaking gentlemen converged on your vehicle, and basically detailed the thing in about ten minutes flat.  It was kinda pricey, but there were so many of those places, coupons were always appearing in our mailbox.

We have nothing like that here, not really.  Some will give your car a half-assed swipe or two with a towel, but that’s about it.  In California they vacuumed the interior, Armor-All’d your tires, washed the windows, etc.  It was fantastic!

And I would gladly hand over twelve dollars (plus tip) for such a service, right this minute.  Even though I could wash the freaking car myself…  Sure, it would trigger visions of my Dad shaking his head in disgust, but I’ve learned to live with that.

Thanks for your feedback on my idea of possibly adding a Surf Report forum here.  Most of you don’t like the idea, and that’s cool.  I just wanted to know your thoughts.  It might still happen in the future, but I’ve shelved it for now.

I have, however, installed a plugin that allows for “nested” comments.  That means you can comment on someone else’s comment, and it will appear beneath the original, and not at the bottom of the big stack.  I think that’s a good compromise, and might lead to some additional fun and games.

Let me know what you think of it.  I can deactivate it, with ease, if it turns out to be too confusing.  If you have an opinion, positive or negative, please leave it in the comments.  I appreciate it.

Toney returned to work today, after five weeks of no paychecks, and the boys go back to school tomorrow.  They’re going to go from hanging around the house, to wide-open craziness, in under sixty seconds.  Swimming is about to get cranked-up again, as well, and it’ll be balls-to-the-wall for the next several months.

And I like it better when there are a thousand things going on.  Sure, it complicates my life, but activity is good.  It’s more vibrant and healthy.  All the hanging around with Playstation controllers was starting to get to me.  And Comedy Central… and repeats of The Office.  Sweet sainted mother of Buster Bloodvessel!  Do something!  I never had any trouble amusing myself.

So, I’m looking forward to the reanimation.  It was like the land of the living dead in this bitch…  Sheesh.

Yesterday was Workers’ Day, comrade.  I hope everyone had a great one.  Despite all the mowing on a slant, mine was nice.  The weather is beautiful, and there’s a hint of autumn in the air.  It puts me in a good mood.

This summer has been a ball-masher supreme.  On several levels.  The fall, however, is going to be better, much better.  I can feel it in my overloaded skeleton.  Can you feel it?  Oh yeah.

I don’t really have a Question, unfortunately.  Did you do anything fun for the holiday?  Or did you work most of it, like me?  Also, what letter grade would you give Summer 2010?  I’d rate mine a D.  Nobody got hurt or anything, so I won’t say F.  But it sucked many, many eggs.  A whole flat, I’d estimate.

Or, you can create your own topic.  It’s all good.

Have a great day, boys and girls.  I might try to get a haircut before work…  Hags ‘n’ Fags probably wouldn’t be busy in the middle of a weekday, right?