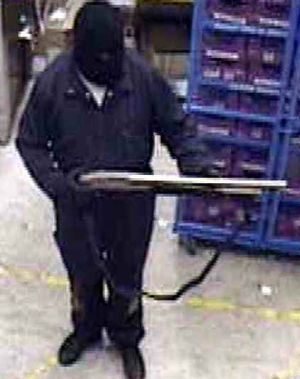 Last night I was thinking about Nancy’s population scheme, which she used to preach to anyone who would listen.  Until, of course, she violated her own rules…  Then, amazingly enough, we never heard her proclamations anymore.  It’s funny how that works, isn’t it?

She used to say that a couple shouldn’t have more than two kids, that they should only replace themselves on Earth, or, preferably, reduce the population by one or two.  This was one of her favorite talking points for years.  Until, of course, she had three kids with a man who already had two with another woman.

So, you see, the three of them ADDED two people to the global population.  Three biological parents… five children.  They’re a plus-2.  The 1994 Nancy would take a dim view of the 2011 Nancy, there’s little doubt about it.  Oh, that woman of high tolerance took a lot of dim views back then (and now – just different ones).

If you’re interested in telling us how you’ve affected the world’s population, please do so in the comments.  I’m breaking even: two parents, two kids.  What about you?  Are you a plus-1, a minus-2, or what?  You know, if you feel like answering…  Obviously, it’s just for fun.  I doubt many of us give a single dingle, one way or the other.

A few weeks ago I activated my 20 gig Amazon Cloud drive (free with the purchase of a full-length mp3 album), and began uploading music to it.  I started with whatever’s currently saved on my laptop, and it said it would require 63 hours of upload time.  I’ve gotten it down to 54 hours, and at this rate I should have my music on the cloud by summer of 2046.

But it‘s really cool, and will undoubtedly become even cooler over time.  I’ll be able to use an app to listen to my entire music collection through my phone, and all of it will be stored for free, offsite.  Music files don’t count toward the 20 gigs, only photos and data and non-music files eat up space.  So, I uploaded for nine straight hours and still have my original 20 gigs available.

Do you use Amazon Cloud for anything?  I read an article in Wired a few months ago that said cloud drives are where 99% of data will be stored in the near future.  “Computers” will be little more than cheap retrieval devices, with no hard drives.  If one stops working, you just replace it — like a kitchen radio.

Weird, huh?  But I can see it happening.  And at that point companies like Amazon and Google will find themselves in charge of most of the world’s information.  It’s going to be great!

I know a guy named Gary, who was a coworker at my former job.  I used to see him almost every time I visited a restaurant called Don Pablo’s.  I’d say he was there 75% of the time.  I never saw him anywhere else, only at Don Pablo’s.

It was really weird, and I jokingly asked him if he ate dinner there every night of his life.  And he said, “I was going to ask you the same thing!”  Apparently we were just on a very similar Don Pablo’s cycle.  We went there about once a month, and he said he did, as well.  It was strange.

About a year ago, maybe more, Don Pablo’s closed its doors, and I never saw Gary again.  I guess if I need to contact him for some reason, I could go to the Don Pablo’s website and find their nearest restaurant.  Right?  Then I could drive there, find Gary, and have a conversation.

At least that would be one way of doing it.

A few days ago, at a Facebook page about my hometown of Dunbar, a woman brought up a robbery that happened at a grocery store there called Fas-Chek.  She said it happened in January of 1985, and she was a cashier that night.

I was there too, working as a stocker.  No way I’d be able to come up with a date, but I’m sure she’s correct.  And it was one of the scariest things I’ve ever experienced.

It happened in the evening, after dark, and four or five guys came through the front door wearing ski masks, and carrying shotguns.  They made the cashiers and the so-called manager lie face-down on the floor.  Then they emptied the safe of something like $40,000.

There was a ton of money on-hand, because the store cashed payroll checks every Friday.  The robbery happened late on a Thursday, making it seem like they knew what they were doing.

I was in the backroom, with a couple of other guys, and we didn’t really know what to do.  One of the masked intruders was walking around the store, peeking in the meat-cutting room, the produce prep area, etc.  Looking for people calling the cops, I guess.  And he was making his way toward the backroom.

It was terrifying.  We had no way of knowing what he’d do when he walked through the door and found us standing there.  Shotguns and ski masks and lots of yelling can put a person on edge…

But he never made it to the backroom.  I think the safe was emptied, and the other guys yelled for him to hurry it up.  So, he went right past, without seeing us.

Once they were gone, a guy named Ron opened the receiving doors, and the thieves were running across the parking lot.  They heard the door open, and one turned and shot his gun in our general direction.  There were pellets embedded in the front of the store when it was all over.

It was insane, and those guys were never caught.  I always suspected it was a former (or possibly current) employee, and some “friends.”  They seemed to know a little too much, and arrived at the perfect time for maximum dollars.

And for a Question, I’d like to know if you’ve ever been in a situation where someone pointed a gun at you.  Maybe during a robbery or an argument, or some other craziness?  Please tell us about it in the comments.  I also had it happen while working at a convenience store, but I’ve told that story many times…  It’s your turn now.

I’ll see you guys next time!