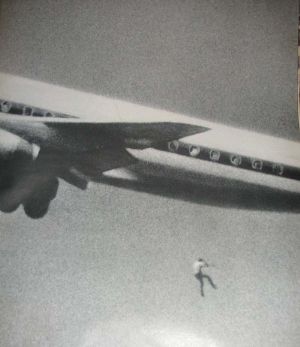 A few days ago I changed my Netflix subscription to streaming only.  I’ll be receiving DVDs through December 18, then it’s whatever they happen to be serving up on Netflix Instant.  I never watch the discs; they arrive at our house and sit on an end table for weeks, or sometimes months.  Then I send ‘em back, unwatched, and the cycle starts all over again.

I use the streaming service, though.  And so do the kids.  I’ve been watching Sons of Anarchy (ridiculous, but entertaining), and a lot of old movies I saw during a previous lifetime.  I’ve also caught up with a few that got past me altogether.  Recently I watched Earthquake (hilarious), Die Hard (fun, I guess), Stripes (ditto), and a few others I can’t now recall.  They also have a lot of interesting documentaries available.  It’s a good deal for $7.99 per month.

I remember when I first started with Netflix, many years ago, I thought it was the coolest thing ever invented.  I had access to a bottomless pit of entertainment.  And now I can’t even be bothered to take advantage of it.  Every movie and TV episode in the history of the planet?  Ho-hum.  You’re going to have to do better than that, bucko.  What do you take me for, some kind of chump?

I now need everything instantly.  Right now!  Little red envelopes?  Through the postal service??  Ha!  What is this, 1967?  Better warm up the set, Mildred!  It’s almost time for High Chaparral.

Our dog Andy (aka Sgt. Stenchley) loves to pee in piles of leaves.  Almost as much, that is, as sniffing them.  Every time I let him out, he makes a beeline for the leaves piled up in front of our house.  We’re supposed to rake them to the curb, you see, and the city sucks ’em up with a massive, rolling leaf sucker.  DON’T BAG YOUR LEAVES! we’re reminded by signage, all over town.

Anyway, Andy runs straight to the pile in front of our house, and also the neighbors’ houses.  And he sniffs and snorkles and buries his head. Then (the piece de resistance) he slings as much urine as he can muster.  What the hell, man?  It’s pretty goddamn disgusting.

I pet this animal, and let him sleep at the foot of our bed, and snuggle with him while watching TV.  And two or three times per day he wallows in the pee of all the neighborhood dogs — and probably cats, and possibly raccoons, and God knows what else.  Half-shirt might have a go every once in a while, for all I know.  It’s a pisstravaganza!

I thought border collies were supposed to be the smartest dogs in the world?

How good are you at keeping secrets?  I’ve gotten a lot better over the years, because of my jobs.  I’m always carrying around confidential information inside my fevered brain.  But I admit that I wasn’t always so disciplined.  You can file a lawsuit if you’d like.

Someone confided in me a while back (super vague), with a story so cracked and crazy it’s killing me not to pass it along.  But there’s so much I have to keep to myself nowadays.  It blows.  I long for my loose-lips days, when I’d just freely betray everyone.  Ahhh, betrayal brings with it so much freedom…

How good are you at keeping shit under your hat?  Not literally shit beneath a hat, of course, although who am I to judge?  I mean keeping secrets.  Are you any good at it?  Please be truthful, we don’t need the company line here.

And thanks to all you folks who have already used our Amazon links during this holiday ramp-up season.  It’s going well this year, so please don’t let up.  If you’re planning to buy something from Amazon, just remember to go there through one of our links, and I’ll get a tiny percentage of whatever you spend.  It costs you not a single penny more, and helps support the site.

I can see what’s purchased, but have no idea who bought what — there are no names attached to anything.  And a few times this month I’ve looked at the report and hollered, “Holy shit!”  Some serious high-ticket items…  Man, I love the high-ticket items.  But, regardless of how much you spend, it all adds up.  Every December I make enough to do some sprucing up around here, and there are a couple of things that need some sprucin’.

So thanks, folks.  It’s much appreciated.  Here are your links again:  Amazon US and Amazon Canada.

And I need to get ready for work now.  If I can make it through tonight and tomorrow night, I’ll actually have two days off in a row.  It’s supposed to snow tonight, though, and I don’t really care for it.  It feels like it’s too early in the season to start with the white-knuckle middle o’ the night rides home.  But tonight could very well be the first of the season.  As Iggy says, no fun.