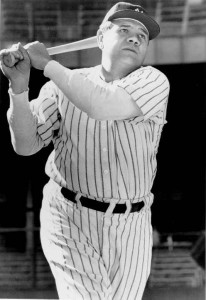 Last weekend we were pulling into the Sam’s Club parking lot, when Toney’s cell phone started ringing.  “Probably Sunshine,” she sighed, and grabbed it from her purse.  But it wasn’t Sunny, it was… me.

That’s right, her phone said I was calling from my phone.  But I was sitting right beside her, probably going on and on about something nobody cared about, and singing along to Hall & Oates’ Greatest Hits like a retard with a toothache.

WTS?!  Where was my phone, anyway?  It’s usually on the console while I drive, but it wasn’t there.  Immediately I thought I’d lost it somewhere, and some good Samaritan was trying to track me down by calling numbers in my directory.

Toney answered, but nobody was on the other end of the line.  Then I remembered I’d put the phone inside my back pocket, while walking around Target.  And when I did a pat-down of my ass, that’s where I found it.

We thought that was a riot, my butt cheeks giving Toney a call.  But when we parked I looked at recent numbers dialed, and learned that my ass had also called Bill in WV, my brother near Pittsburgh, and a guy named Joe at my old job in California.

And the weird part?  The one to Joe had lasted for over four minutes!  Apparently he and my ass have a lot in common?  Of course I knew this on a subconscious level, but didn’t completely put it together until last Saturday.

The younger Secret and I were in my car (again) this morning, and I’d left a Fleetwood Mac CD in the player by mistake.  And, as always, he howled in protest:  “Aaaaahhh! ‘70s crap-music!!”  For a person born in late 1998, he sure has picked-up a lot of strong opinions…  Sheesh.

I told him he needed to give the band another chance, and tried to provide a little history and background.  And here’s what he said:

Yes, the younger Secret will be taking over the Surf Report someday.  The site is secure for another sixty or seventy years, I believe.  Because he’s me, reincarnated, before I’ve even had a chance to die.

And speaking of TheWVSR, here are three things I’ve learned since starting it:

And since I mentioned cell phones…  I hate mine.  I did an inordinate amount of advance research, but still picked out a turd.  It’s the first generation LG enV, and I really don’t like the thing.

I called Verizon to see if I have any upgrade options, and it looks like I’m stuck with this dog until March 2010.  Unless, of course, I want to buy a new phone at full retail cost.

Have you ever been in this kind of situation, where you’re locked into a contract, but hate your phone?  What did you do?  Buy one off eBay?  What?  Help me out, won’t you?

My mother had knee-replacement surgery this afternoon.  She’s been limping around for almost a year, and wouldn’t go to the doctor.  But my Dad finally insisted, and they said her factory-installed knee was shot.

I know that kind of surgery is extremely common now, with very little risk, but I was on pins and needles all day.  I don’t like my parents being put to sleep, and somebody carving holes in them.  Ya know?

But she’s reportedly doing fine.  I don’t envy her next few days, but I’m sure she’ll come through it OK.  She’s far more courageous than I am.

There’s a guy at my job who looks EXACTLY like Babe Ruth.  I’m not kidding.  When I catch a glimpse of him out of the corner of my eye, I instantly think, “Holy shit, it’s the Bambino!”

Do you have any “celebrities” at your place of employment?  How about around your town?  Have you ever run into “Jackie Gleason” at Wendy’s, or “Dwight D. Eisenhower” in the cereal aisle at the grocery store?  Tell us about it, won’t you?

And finally, a follow-up to yesterday’s story about the girl with blue skin…

If you’ll remember, a woman I know has a sixteen year old daughter whose skin started turning blue, for reasons unknown.  They took her to at least two doctors, and everyone was stumped.

The final doctor, a big-time specialist, thought she might have contracted an ultra-rare disease which makes a person literally change colors.

But the mother finally solved the mystery.

It seems the girl had been using some kind of spray-on tanning solution (tan in a can), and sleeping on new (blue) sheets.  The color bled into her skin, and literally changed the tone of it.  It wasn’t just on the surface, the shit was blue all the way down!

So, there ya go.  That’s what happened to the teenage girl with the blue skin.

And I’m calling it a week here.  I just found out Michael Jackson died on the same day Farrah Fawcett bought it, and I’m completely distraught…  What’s next, Scott Baio??  These things happen in threes, you know.

Wonder if they were able to save the nose, at least?  I’m picturing it in a laboratory somewhere, still breathing.

Currently in the trunk of my car.