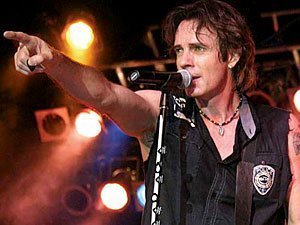 Today is a rare Friday off from work for me, and when I woke up this morning I groaned, as is the custom.  Then I realized: you’re free, pudgy!  Wow, what a great feeling.  I highly recommend it.

Tonight we’re going to dinner at the Red Olive, or the Octopus’s Garden or one of those places — on the company’s dime.  They show their appreciation for all the hours I’m working, via gift certificates to chain restaurants.  Oh, they know how to win me over.

Plus, we have a Samuel Adams sampler cooling in the downstairs fridge.  Ahhh…  This is so much better than the regular Friday, it really is.

One downer:  I ordered a couple of books from Amazon a few days ago, and have been following their journey across the continent, via USPS tracking.  Do you do this?  Yeah, I didn’t think so.

Anyway, they were scanned in Allentown yesterday at 12:21 in the afternoon.  But did they deliver today?  No, they did not.  Allentown is just down the turnpike from here.  Grrr…  The books traveled 1500 miles in twelve hours somehow, but they can’t get them to me from freaking Allentown in a day?  I’m getting all whipped-up about it.

I bet that hippy-dippy mailman had something to do with it.  I have no proof, but blame him nonetheless.  …Maybe days off aren’t the best thing for me, after all?

Earlier in the week, on one of the snow days, Toney called our cable company, to see if we’re still getting the best deal available.  They’re constantly changing things, adjusting their prices, and offering various promotions — without telling existing customers.  So, Toney just calls them periodically, and checks on it.

The result?  We’re now paying ten dollars less per month, but have ALL of the premium movie channels.  All of them.  For less money!  And it’s something that would have never been offered to us, in a million years.

Of course, when I go to watch something it’ll just be Joe vs. the Volcano on every channel.  But it’s still a moral victory, dammit.

And during the Atlanta years Toney and I were good friends with another couple.  We spent a lot of time with them, and got into many excellent adventures.  For whatever reason, crazy stuff would happen when the four of us were together.  Of course, alcohol was almost always involved…

One night we were at the Vortex, a bar in mid-town, and somehow ended up playing the game of Life with a street person who was wandering past.  We bought him beer, and he joined us for the evening.  He turned out to be pretty cool, actually.  And played a mean board game.

We traveled together (including several crazy trips to Jekyll Island), and were always at each others’ houses…  We seemed to be on parallel courses.  We were married at roughly the same time, made approximately the same amount of money, and our kids are about the same age.

But we grew apart after Toney and I left Atlanta.  They eventually ended up in Washington, DC, and it went from monthly emails to semi-annual emails to nothing.  And Toney found out earlier in the week that they’re… divorced(!).

I know that’s nothing shocking, really, but it’s shocking to me.  I think of those two as one, if you know what I mean.  They met in college, and have been together most of their lives.  They have two boys, like we do.  What the hell, man?  It bothers me.

Oh well.  Another divorced couple isn’t exactly earth-shattering, I know.  But they are approximately the last people I would have predicted to split-up.  I hate it.

In any case…  For a Question of the Day, I’d like to know about the most embarrassing concerts you’ve ever attended.  I went to a few to please an ex-girlfriend, which are pretty embarrassing.  They include Rick Springfield and the Commodores.

I also saw the Statler Bros. with my parents when I was about fifteen, because my folks played their albums around our house, and I liked them.  Pretty embarrassing, huh?

A couple of memories from the Rick Springfield show…

Also, Sparks was the opening band.  Sparks!  If any of you know them, you’ll understand what a bizarre pairing that was.  Weird shit, man.

So, there you go.  Do you feel like confessing your embarrassing concerts?  If so, use the comments link below.

And I’ll see you guys again next time.  If you’re interested, there’s also a new post at CrossroadsRoad.  Do with it what you will.

And have a great day!