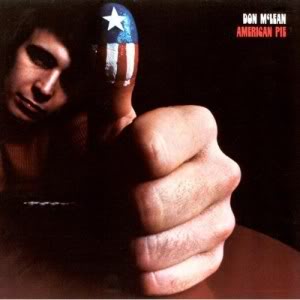 A few days ago I received an email from a newspaper in England, asking if I was the person who originally published Ads vs. Reality.  They wanted to feature the photos on their website, with proper attribution.

I provided the information requested, and the guy mentioned that the photos are all over the internet, without credit.  He had a hard time figuring out their original source, he said.

This isn’t exactly a revelation, but it irritates me (all over again) that someone has to work to figure out who came up with the idea.  I tried to fight the theft of those photos in the early days, and had some success, but it eventually got away from me.  Now they’re practically public domain.

Oh well.  I guess it’s a compliment, right?  People don’t steal shit unless it has value.  Yeah, that’s what I’ll keep telling myself…

In any case, I appreciate the Guardian going the extra mile, and linking back to the Surf Report.  I’d gladly hoist a frosty Timothy Taylor in their honor, if I could get my booger-hooks on one.

And speaking of boogers, I was at Subway last night, buying a $7 lettuce sandwich.  The girl on the other side of the fixins was wearing plastic gloves, as is the custom, but while building my lunch she also answered a phone, and made change to a man with a lightning bolt tattooed to the side of his neck.

What’s the point of wearing gloves, if you’re just going to go around doing normal stuff in them?  I’m no scientist, but I suspect poop particles and lung spores can attach to plastic, as easily as skin.  Right?

The sub was really good, though.  I got cucumbers on it, and that’s my new favorite topping.  I used to order green peppers, but I’ve recently switched to cukes.  Mmmm… it was almost enough to make me forget that the bun was probably smeared with a trace amount of lightning bolt ball residue.

I’m heavily into the old time radio show, Yours Truly, Johnny Dollar.  It was a fifteen-minute program, broadcast five days per week.  A new case would start on Monday, and wrap-up on Friday.  So, each investigation was five fifteen-minute shows.

Last night at work I listened to two full cases, ten episodes.  Great stuff.  Johnny Dollar, badass, insinuating that a thug wasn’t long for this world:  “If I were you, pal, I wouldn’t be buying any long-play records.”  Heh.

The writing on that show was terrific, and the guy who portrayed Johnny Dollar during the late ’50s (someone named Bob Bailey) was perfect.  I’m going to be sad when I’ve listened to all 800 or so episodes I own.

And on the subject of records….  Can you remember the first 45 you ever bought?  You know, if you’re an old fart like me and remember singles, as they were called.

My first was “American Pie,” by Don McLean, if you can believe it.  The song was so long it was on both sides of the record.  It faded-down at the end of side one, and faded-up at the beginning of side two.

I bought it at Miller’s Drug Store, in Dunbar, for something like 69 cents.  And I’m sure I still have it somewhere.  I had a lot of great stuff:  “Hot Rod Lincoln,” “The Cover of the Rolling Stone,” “Life Is A Rock (But The Radio Rolled Me),” etc.

What was your first 45?  If applicable.

Another life-changing event, involving the late, great Miller’s, was my first issue of Mad magazine.  It was this one, from April 1971, when I was eight years old.  I remember buying it, and repeatedly devouring every freaking word.  I thought it was, without a doubt, the greatest thing I’d ever seen.  And 38 years later, I still haven’t fully recovered.

I’m going to call it a day now, and go pick up my order at T-Shirt Lady Labs.  Later, I’ll post a picture of the “miscommunication shirt,” and see what you guys think.  It sounds fairly hideous to me (maroon with orange and white??), but maybe not.

No update tomorrow, I’m afraid; I have to write at least 2700 words of my “book.”  But I’ll try to make up for yesterday over the weekend.  That’ll be the goal, so stay tuned.

Oh, one more thing, before I go…  Metten posted an especially-good mock today, at Mockable.  So please be sure to check it out.