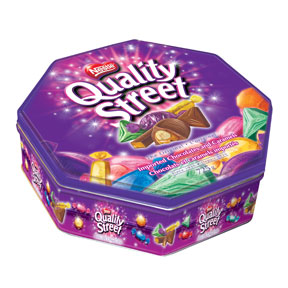 Apparently my eyes can only handle three nights at work with contact lenses suctioned to them.  Because every Wednesday I struggle.  Everything feels OK at first, then my left eye (almost always the left one) starts howling in protest.

Last night I removed the left lens completely, and put it inside a water-filled Mountain Dew cap.  It’s the hillbilly’s eye care accessory…

I have to wear hard lenses, you see, because one of my corneas is shaped like the end of a football — according to a specialist in WV.  Who the hell knows?  But I have to keep track of my contact lenses, like it’s 1978.

And every time I walked away from my desk last night I was afraid the cleaning crew would come sweeping through there, and toss my soda cap in the garbage.  There was just a general sense of unease, if you know what I mean.

For most of the night I was wearing one lens, and it felt like the floor was slightly slanted.  Like on the old Batman TV show.  And when I woke up this morning my left eye was sealed shut under a thick layer of gloop.  I had to practically pry the bitch open.

I won’t be wearing my contacts today.  I think my eyes need a rest.  When they start putting out gloop, it’s a sign of a problem, I think.  Gloop is a message best not ignored.  I think it says so in the Bible.

Why do dogs go round and round when they’re getting ready to serve up an order of yard biscuits?

Andy makes me crazy doing that.  He paces back and forth across the yard, in his “preparing to shit” posture, finds a place and starts spinning circles.  Sometimes he’ll go around twenty times, it seems.  And occasionally he’ll pull out of it completely, go find another spot, and start the process all over again.

I don’t get it.  One time, many years ago, I decided to find out what all the fuss was about.  So, when it was time for a sit-down, I went into the bathroom and starting turning tight circles.  Then I got dizzy, stumbled, and got myself wrapped-up in the shower curtain.

OK, that’s not true.  It’s a complete fabrication, in fact, but could’ve easily happened.  It’s the sort of “experiment” I’ve been known to conduct.

A few days ago, at work, I grabbed a fancy-ass candy cane out of a bowl on someone’s desk.  It wasn’t a normal candy cane, like you might buy at K-Mart or wherever.  It looked to be some sort of designer cane, manufactured by a snooty, elitist microcane company somewhere.  Probably Vermont.

It was orange, and I’m a big fan of candies in the orange family.  So, I snapped off a section and popped it into my mouth.

And the freaking thing was cinnamon!  It was orange, yet tasted like cinnamon.  Man, I don’t care for that.  We’re self-governed, in a sense, by a set of unwritten rules.  One of them:  cinnamon candies are red.

It’s all breaking down!

What’s next?  Caffeinated coffee served in a carafe with an orange top?  Mustard in the red squeeze bottle?!  We can’t have this.  We can’t start allowing our agreed-upon principles to erode.  It’ll be anarchy!  Blood will flow in the streets!!

Man, I’m getting all worked-up about it.  What’s your opinion of this?  Am I reading too much into it?  How would you react to an orange candy cane (already pushing it, right there), that tastes like cinnamon?  Good god!

I’m going to submit my book tomorrow, then drink Maker’s Mark.  After a few cocktails, I will then attempt to sing along with Tom Petty’s Greatest Hits — the entire album — in a Chinese accent.  Yes, those are the top three items on my to-do list for the weekend.

I have a lot more stuff here, but it’s going to have to wait, I guess.  I really need to get to the library (li-bary) and get to crackin’ on my so-called novel.

I’ll leave you today with a Quick Question: what’s your favorite Christmas/holiday candy?  Is there anything specific that you only enjoy during this time of year?

Mine is Quality Street, which is now being stocked by Wegman’s, thank you very much.  It’s generally hard to find in these parts, but pops up around the holidays every year.  Mmmm… now that’s some good shit.

So, specific candies, or snacks of any sort…  Store-bought stuff only, please.  Do you have anything on this?  Use the comments link below.

And I’ll see you guys next time, maybe a Sunday quickie.  We’ll see how it goes.

Have a fantastic day, my friends.