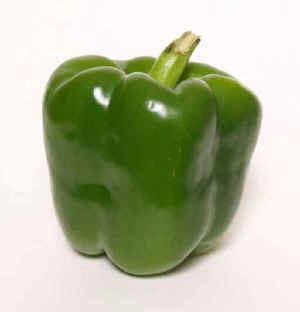 You know what really gripes my ass?  When people leave all their trash on the table at a fast food restaurant, and just walk out the door.  It’s not really any of my business, I’m not going to be the one who has to clean it up or anything, but it makes my blood boil nonetheless.

In fact, I’ll probably get my butt kicked because of it someday.  The arrogant, antisocial pricks.  I always hope they’ll turn the key in their car, and instantly find themselves inside a roaring ball of fire.  Is that wrong?

A few days ago I read two separate reviews of the new Madness album, calling it the best of their career.  In 2009?  Seriously?  I had to hear it, but Amazon only had a British import for some enormous amount of money.

So, going out on a limb, I clicked over to eMusic, and they actually had it.  Cool!  I had about 25 credits in the bank there, and downloaded the full album five minutes after deciding I wanted it.  My cost?  Roughly $4.86.

And today eMusic deposited 10 free credits in my account, calling it a “loyalty bonus.”  I think I’ll use them to grab the new Yo La Tengo album, or something by Husker Du.

Somebody, I can’t remember who, was ripping eMusic in the comments a few days ago, saying they “straight-up suck.”  Needless to say, everybody’s entitled to their opinion.  And mine just happens to be the exact opposite of the commenter’s.  Suck?  Maybe in a world where black is white, up is down, and Bill Maher is funny.

I was talking with a guyrecently who told me several interesting things.

He said he once worked on a crew picking “bell peppers,” with a bunch of Amish men.  And they reportedly perform personal hygiene like it’s 1699.  Just thought you’d want to know.

He also told me he recently got into an argument with an 85 year old man at a VFW hall.  The old guy was berating him for only having fought in the first Gulf War, when he’d been in World War II.

After some discussion, it was learned that the Gulf War guy had two Purple Hearts, and the old man had repaired typewriters somewhere in New Jersey during 1944 and 1945.  But WWII still trumped the Gulf War, so there.

A lot of people try to do all the talking when they’re shooting the shit with somebody they just met.  But I prefer to do most of the listening; it’s a hell of a lot more fun.

At my job they’re collecting backpacks for a children’s charity, some kind of back to school deal.  But they specify, very strongly:  no red backpacks.  WTF?  What’s that all about?  Does it have something to do with gang colors?  It’s the only explanation I can come up with.  I’m fairly confused here.

I recently heard someone on George Noory’s radio show claim that as many as 150 species become extinct every day.  Of course, he was talking about molds and spores, as well as animals.

But it got me to thinking…  What “species” would you like to see go away forever?  You know, if Mother Nature took requests like an FM radio station?  I’ll get the ball rolling with gnats.  Gnats, which insist on using my neck and eyeballs as a discotheque all summer.  God, how I hate them.

What do you say?  What creatures would you like to see go fully extinct?  And please remember, we’re only playing around here.  There’s no need to lecture me on my insensitivity.  Plus, it wouldn’t do any good.

While I was having lunch today (Triple Lindy burrito and root beer), I started thinking about something I said many years ago that got a lot of strong reaction, and definitely rates as one of my Greatest Hits.  In my opinion, anyway.

When I worked for The World’s Largest Record Company, in Atlanta, somebody called in a bomb threat one afternoon.  We were instructed to exit the building, and wait on the parking lot while the authorities conducted an investigation.

It was winter and cold, and they kept us out there for a long, long time.  Everybody was shivering and complaining, and I finally shouted, “Aw come on, let us back in!  The only bomb in that building is the new Madonna album!!”

Everybody laughed, except the people who worked directly for Warner Records.  For some reason they didn’t care for my “comedy.”  Heh.

I don’t know why that popped into my head today, but I thought I’d share.  I usually beat myself up during lunch, remembering past failures and humiliations.  So, it was a pleasant change of pace.

And speaking of failures and humiliations, I’ve got a t-shirt cluster copulation on my hands.  I’ve got orders piled up for three different styles of shirt now, and several requests for size changes, etc.

I’m not complaining, mind you.  I appreciate every order, sincerely.  But it’s a mess, and I’m going to have to devote some time to it, or I’ll end up sending out wrong sizes and whatnot.  So, please bear with me.  I’ll get it all organized over the weekend.  Sorry for the delay.

I need a freakin’ intern, or somebody else I can exploit fully.

And if you want one (or more) of our three shirts, here’s yer page.  Thanks for the continued support!

Today’s October 1 already.  Have you done any Christmas shopping yet?  I think Toney has.  Needless to say, I won’t even start to think about it until about December 15.  What about you?  Are you the disgustingly prepared type?

I’ll leave you now with a Question from the Stealing Clive Bull‘s Topics desk.  I’d like to know what one Super Hero power you’d like to have, if you could choose.  I’d definitely go with invisibility, although the power of flight wouldn’t be too shabby, either.

Use the comment link to tell us your preference.  What’ll it be?  X-ray vision?  Running ridiculously fast?  Stretch Armstrong appendages?  Give us your thoughts.

And I’ll be back on Monday with more of this topnotch entertainment.