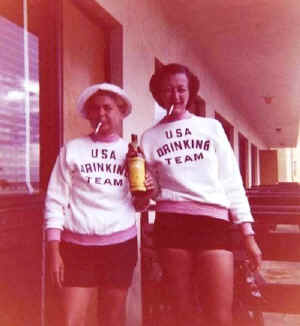 It’s another snow day, here in the Upper Perogie Belt.  The kids, as well as Toney, are home, and the last day of school is now reportedly pushed all the way back to June 14.  And it’s still only January.  Before it’s over, school will be scheduled to remain in session until after the 4th of July.  Is that possible?  Probably not, but it sounds good.

Normally I wouldn’t care (what’s it to me?), but we have our Myrtle Beach trip penciled-in for late June.   They need to quit closing the schools every time we get a dusting of snow.  It’s going to screw up my dream of drinking microbrews by the sea.  And dammit, a person needs his dreams.

I’m almost at the end of the line with my 60-hour work weeks.  It’ll feel like I’m working part-time once I go back to my normal schedule, which will be kick-ass.  But, unfortunately, my paychecks will also shrivel up like a raisin.

When I was hired for this job, I was irritated that they keep track of my time.  I hadn’t punched a clock since 1990, and still don’t.  But I have to log into a program on my computer, so they can see when I arrive, leave for lunch, return from lunch, and go home for the day.  Everybody does this, except directors and above.

I get paid for forty hours, even if I only work thirty-eight.  But if I go over forty, I get time and a half.  Not bad, huh?  And the resulting cash injection has helped us a great deal.  I worry about going back to my normal pay, but I think we’ll be OK.

Speaking of summer trips, is there one place in the world you’d like to see before you flat-line and start moving toward the light?  Or maybe more than one place?  If so, please tell us about it in the comments.

I can’t really explain it, but I’m still fixated on Great Britain.  Wonder if I lived there during a previous life?  I don’t know, but I’ve been fascinated and fond of all things UK, since I was a kid.  I want to spend as much time there, as possible.

Everywhere else is secondary, in my mind.  Or farther down the list.  I’d like to travel throughout the rest of Europe, and some of the former Soviet Union countries, as well.  And Australia, and the Scandinavian countries…  But only after I’ve thoroughly explored England, Ireland, Scotland, and Wales, thank you very much.

I’ve also never been to Hawaii or Alaska, which are intriguing.

What about you?  Do you have a “before you die” place you’d like to see?  Tell us about it in the comments, won’t you?

And finally, I’d like to get your ideas for people I could hire to record the audiobook version of my novel.  This is just goofiness, of course; there won’t be an audio version of the book.  But it’s fun to play around with the absurd possibilities.

I’m thinking Tom Waits.  Or maybe Shane MacGowan.  What do you think?  Possibly the harelipped janitor at you job?  Tell us about it.

And I’m gonna call it a day, here.  The boys are slaughtering Nazis in the next room, and the interruptions are many.  Before I go, though… please remember to visit Mockable every day.  Metten is doing a good job with it, and I think you’ll enjoy yourself there.