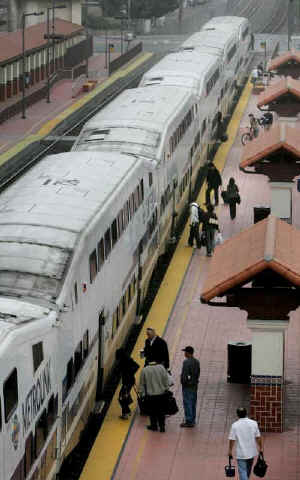 Some sort of stomach bug is rampaging through my workplace, causing assplosions and call-offs and spectacular liqui-shit events.

So far I haven’t been afflicted, but it’s probably only a matter of time.  Everybody’s passing it to one another, and is that creepy, or what?  Apparently we’re always ingesting, in one way or another, the cooties of our co-workers?  Disturbing.

I’m hoping I’ll be able to hold it together.  And I’m sure you know what I mean when I say “it.”

And now for a quick update on Surf Report media…

I just finished watching the first season of Prison Break, via Netflix, and really enjoyed it.  It’s pretty much a cartoon, a big ridiculous cartoon, but sometimes I like that sort of thing.

I’m now getting ready to start the first season of Life on Mars, the UK version.  I tried to watch the US version, but abandoned ship — on account of manifest shittiness.  But I hear the British original is much better.

And I’m planning to buy this book soon; it looks to be right up my alley.  Have any of you read it?  What did you think?

I recently received an email from — get this — the CEO of eMusic, thanking me for the positive review I wrote about their service.  Pretty cool, huh?  And it wasn’t a computer-generated form letter, either.

He also deposited some song credits into my account, enough to download three full-length albums.  So, I grabbed Zen Arcade by Husker Du, and two albums by the Psychedelic Furs.  I have a soft spot in my big, beleaguered heart for the Furs, and now have their four essential albums on the Big iPod.

eMusic is, as the kids say, the tits!

And I’m planning to download this Dan Baird album today, after I finish the update.  Baird was the gap-toothed lead singer of the Georgia Satellites, and his solo records are better than any by his former band.  Now he’s got Warner Hodges, from Jason and the Scorchers, on lead guitar.  Can’t wait to hear it.

Back during my record weasel years I was at a convention somewhere and, just for fun and novelty, all the waiters (for about ten minutes) were various recording artists from our labels.  And Dan Baird was handling the table where I was seated.

I remember him putting on a fake French accent and shouting, “What do you mean you do not like the fish?  It was a thing of beauty when I brought it out here!”  He’s a funny guy, and still makes great records.

Do you have any media updates for us?  We need to know, dammit.

I went to a new McDonald’s a few days ago, and they have two drive-thru order boxes.  Have you seen this?  If nobody’s at the second one, the first one says, “Please pull forward to the next order box,” or whatever.  And if someone is already there, the first one takes your order.  How fancy is that?

I think they’re also using some kind of software to make the order-taker sound young, friendly, and nice.  While I was ordering my two hamburgers with no pickles, and a sweet tea, it was all sunshine and roses.  But when I was actually face to face with the person….  Wow!  Young, friendly, and nice became weathered, cigarette-ravaged, and terrifying.

The food was the same, though:  fucking good.

Do you ever use public transportation?  I don’t, except when visiting New York City, and that only happens once or twice per year.

When I lived in California I had a 36 mile commute to work, and it could sometimes take 90 minutes to get there.  Traffic was a nightmare, just like it had been in Atlanta.

My boss lived near me and used a commuter train called MetroLink.  He was always trying to convince me to use it as well, but I didn’t like the idea of being stuck at work without my car.  I liked to go to Virgin Megastore on my lunch breaks, or drive to Frontier Wok for some kick-ass Chinese, or whatever.  And all that would go out the window if I started taking the train.

But during a December one year the company offered to pay 50% of the fare, and my boss was campaigning hard for me to give it a try.  So I did, and hated it with every cell in my body.  And mister, I’ve got a lot of cells.

It wasn’t like a subway, which runs every seven minutes or so.  This ran every forty minutes, I think, so you had to be there at an exact time, or you were screwed.  Way too rigid and demanding for 7 AM…  And I’d have to sit beside people snorkeling down Arby’s croissanwiches, etc.  Plus, as predicted, I felt like a prisoner without my car.

So, I rode that stupid train, like it’s 1889, for one month, and went sprinting back to my car.  My boss, a bit of an aging hippie, didn’t approve, but a man’s gotta do what a man’s gotta do.

What are your feelings on public transportation?  Do you use it?  Do you like it?  It might be a little better nowadays, with iPods and Kindles, and all that stuff.  I don’t know.

Also, to follow-up a conversation that started at Facebook… how do you eat candy corn?  I eat it in layers:  the white tip, the big orange section in the middle, then the yellow part at the bottom.  Do you do it in layers, as well, or just pop the whole thing in your mouth like a grape?

And since we’re on the subject, what are the WORST Halloween candies?  What went immediately to the trash when you were a kid?  Necco wafers?  Mary Janes?  Those mysterious maple log things?  What do you think?  Use the comments link below.

And it’s no fair to say toothbrushes, apples, or quarters.  Those aren’t candies, are they?