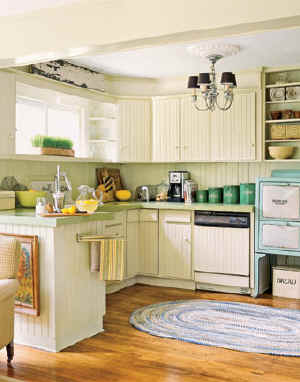 I took the oldest Secret to the orthodontist yesterday afternoon.  Apparently this is my job now…  And do I have to do everything around here??  I mean, I’m already emptying the dishwasher every two or three days, now this?  Unbelievable.

Anyway, it took forever.  The place is an endless conveyor belt of pubescents with crooked teeth.  I’m not kidding, they line them up in chairs, shoulder to shoulder, and when one is finished, they replenish from the holding pen in the outer office.

I don’t much care for it.  And even though it’s mostly young teenagers, a high percentage of them are surprisingly hideous.  Here’s a text message conversation I had with Toney, while waiting:

Me:  This place is bubbling over with ugly.
Toney:  I know, lots of ugly parents.
Me:  Some of the kids aren’t far behind.
Toney:  True.
Me:  There’s a girl sitting against the wall who looks like she should be running in the second race at Santa Anita.
Toney:  I bet the dentist sees big dollar signs in her.

Whenever I go to a doctor’s office I’m convinced I’ll catch tuberculosis, or some sort of airborne cancer.  And when I go to the orthodontist I fear I’ll wake up the next morning with huge buck teeth.  Like that Japanese soldier on Gilligan’s Island.

After the toof adjuster, I went to Wegmans to choose a fancy-ass microbrew, since it was Thursday.  On Thursdays we like to get our beer on, get our LOST on…  To paraphrase Andy from The Office.

I went with Rogue’s Dead Guy Ale, from Oregon, and was looking forward to being confused and baffled by another episode of my favorite confusing and baffling show — with a superior craft beer in my right hand.

But it was some kind of weird recap thing, not an actual new episode.  Wotta ripoff.  Here’s a photograph Toney took of me, the moment I realized what was happening.  I’m still a little upset, if you want to know the truth.

Buck sent me these pics a few days ago.  What do you think?  Would you feel at-ease in such a contraption?  Could you, you know, perform?  You probably know how I feel about it…

And is this a great photo, or what?  I’d never seen it before.  Perfection!

Tomorrow the temperature is supposed to reach eighty degrees, here in the Upper Perogie Belt.  And I think we’re going to clean up the yard, unfortunately.  There’s all manner of leaves and sticks and random crapola that builds up over the winter, and we’re going to rake it up and put in new mulch, etc.

Oh, my nipples are exploding with delight.  I hate yard work, like a dog hates a meter reader.  But what are you going to do?

Hey, wonder if I could market a series of decals, that would cover the entire inside of household windows, showing various scenes of suburban perfection?  Just impeccably manicured lawns, amongst beautiful homes…  We could bring them up from the basement every spring, stick them to our windows, and pretend everything’s OK outside — while not actually lifting a finger.

Huh, not bad.  I might have to look into it.  I have a feeling half-assery is a largely untapped market.

Steve and I were talking about the translucents a few days ago.  The first two, as some of you know, have names inspired by the town in which they were conceived.  I can’t go into the details, but it’s all fairly hilarious…

The third see-thru, however, has a more generic name.  I’m not sure why they abandoned the tradition, because I can think of plenty of creative and unusual names for the kid.  Since, you know, he was reportedly conceived on the kitchen floor of their previous home in North Carolina.

Oh, I’ve offered plenty of suggestions over the years, but my favorite is Swiffer.  Why didn’t they name him Swiffer?!  That would be excellent, and also consistent.

What do you think would be a good name for a boy conceived on a kitchen floor?  Help me out with it, won’t you?  Use the comments below.

Also, have you ever been on the radio?  Have you ever won a contest, or called into a talk show, or anything of the sort?  If so, we need to know about it.

Except for those painful robot-like “readings” I did for Jack Boston a few years ago, I can think of three times I’ve taken to the airwaves.

When I was really young, grade school age, I won a book of McDonald’s gift certificates by reciting “two all beef patties, special sauce, lettuce, cheese, pickles, onions, on a sesame seed bun” in less than four seconds.  At that point there was only one McDonald’s in the area, in downtown Charleston, and it all seemed wildly exotic.

And during high school I won a 105-second “record run” at Budget Tapes and Records.  They pulled my name out of a hat, and I had 105 seconds to call in.  Luckily, I was listening at the time, and secured the prize.

And just so you know, I ended up with 96 full-length albums — once all the restrictions were enforced.  And the owner of the store even allowed me to turn them all in, and choose 96 that I REALLY wanted, instead of the ones I’d grabbed during my wild flailing frenzy.

Finally, in Atlanta I faxed a suggestion for a “rock block” to the local classic rock station.  They liked to do themes, so I came up with six songs that featured stuttering.  Like “My Generation,” “Changes,” and “You Ain’t Seen Nothin’ Yet.”  I got to go on the air with Christopher Rude, who I considered to be hilarious.

A quote from an exasperated Toney, circa 1994 or so:  “You’re being ruined by the Jerky Boys, Beavis and Butthead, and Christopher Rude!”  Heh.

So, that’s the second question: tell me about the times you’ve appeared on radio.

And I’m calling it a day here, boys and girls.  Have a great weekend.

See ya on Monday!