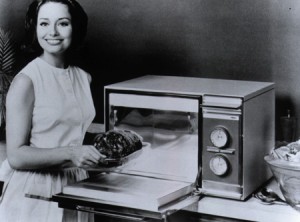 Sunshine has a theory, you see…  She believes that Michael Jackson faked his death to jump-start his album sales again, and also get out of playing all those concerts in London.

I laughed when Toney reported this one to me, but it does seem a little more plausible than most of her crackpot ideas.  I mean, the guy used to dress up like a fundamentalist Muslim woman, and go out to Farmers Markets, and shit.  I think he’d be willing to attempt a fake-death stunt.

Of course, all big-time celebrity deaths have conspiracy theories associated with them.  Everybody’s skeptical of everything, and we’re all too smart to believe the official version of events.  We’re always convinced there’s more to the story, even when there isn’t.  Especially when there isn’t.

But still…  I think I could be talked into this one, without much effort.  What do you think?

Yesterday I was ready to install all five Soviet humbox window air conditioners.  It was more humid than the dark side of a scrotum in this place.

In fact, I told the oldest Secret he’d be helping me drag those bastards up from the basement.  Since he’s, like, six feet tall(!?) now, he can enable my laziness, dammit.  Set aside a couple of hours, I told him, for toting humboxes up several flights of stairs, as well as profanity-laced installation.

But it’s like autumn again.  We have all the windows open, a cool Canadian breeze is blowing through here, and it feels great.  So, to hell with it…  I’m not bringing ’em up until it’s absolutely necessary.

Toney believes we’re going to make it through the entire summer, but I think she might be engaging in a little hopeful estimating.  We’ll see how it goes.

I have five shirts that need to be mailed, and will be making a post office run tomorrow morning.  If you want one super-quick, place your order today and you should have yer swag early next week.

Unless, of course, you’re in Australia or Mississippi, or someplace remote.  I mean, seriously.

Remember a band called Angel City?  They were called the Angels everywhere except the U.S., I believe, and had several rockin’ and fun albums in the late ’70s/early ’80s.  They sounded a little like AC/DC, with an extra helping of punk attitude on the side.

Anyway, I’ve been eyeing this collection for a while.  It looked like a solid anthology, but the price was holding me back.  (What the crap’s a sourcing fee??)  I checked Amazon and eMusic, hoping they might have an affordable download available.  But I came up empty.

And this morning, on a whim, I checked iTunes, and they freaking had it — for $9.99!  I almost dropped a plate.  When it comes to ultra-obscure albums from my questionable past, I don’t usually have much luck with iTunes.

But today I scored, and vintage Angel City is blasting in the bunker as I type.  Oh yeah.

What’s the best way to clean the inside of a microwave?  I’ve heard people say you should cook a bowl of water in there, and it’ll loosen up the gunk.  What works for you?

‘Cause when I opened ours today, to heat up a Marvine Catheter frozen delight, it appeared someone had backed up to it, pulled down their pants, and power-blasted diarrhea straight inside.  What the hell, man??

I posted a special announcement at Mockable today, about our new Twitter page.  I hope you’ll follow our ridiculous antics, and we promise to not get banned for life this time.  At least that’s the goal…

And if you’re not following the Surf Report at Twitter, then why not?  Sheesh.

Have you ever bought anything from those guys who hang out in parking lots, selling stuff from a white van?  It used to be stereo speakers all the time… “Hey man, we’re supposed to make a delivery to a store near here, and the idiots at the warehouse put twenty PAIRS of speakers in the van instead of twenty speakers!  We can let you have a pair for cheap…”

They all have approximately the same rap, which cracks me up.  But have you ever actually purchased anything from those guys?  How’d it turn out for you?  Tell us about it, won’t you?

And what’s the weirdest thing a stranger has offered to sell you on the street?

In Atlanta I was coming home from a bar at 1 am, and some guy emerged from the shadows and offered to sell me a pair of pants:  “C’mon man, they’re real nice.  Still gots the tags on ’em!”

The dude was holding a Macy’s bag, obviously stolen off someone’s back seat, containing an expensive pair of slacks.  I told him I wasn’t currently in the market for pants (pants!?), and he didn’t much care for my answer.  He walked away muttering a lot of words, one of which was “motherfucker.”

Also in Atlanta, a man offered to sell me a box spring outside a movie theater.  No mattress, just the box spring.  WTF?

What about you?  What’s the strangest thing someone has tried to sell you on the street?  Use the comments section below.

And I think I’m going to stop right there.  This one’s all over the map, written in quick bursts over many hours.  But hopefully it’s not too painful.

I might post a special report (very special) over the weekend, but it all depends on whether or not I can get my shit together.  Stay tuned, but don’t get your hopes up.