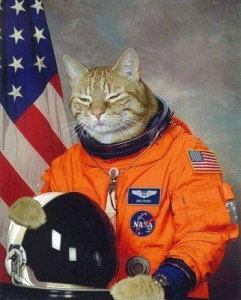 Have you seen ads for this clip-on bug repellent?  The thing is huge and blue, you’re supposed to hang it off your belt, and I believe there’s a fan inside.  It makes me laugh, but I’m intrigued.

For whatever reason I’m one gnat-attractin’ sumbitch.  There can be five people sitting on our deck, and the gnats will use me (and me alone) as their personal amusement park.  And I’m sorry, but my neck fat is not the Scrambler.

So, if that repellent really creates a dome of protection, like the TV ads say, sign me up.  I’d be willing to forfeit what little sense of dignity I have left, for a bugless life.  I really would.

Heck, I might even be able to dress it up, and make it a little less stupid-looking.  Maybe I could wear it around my neck on a chain?  Or have it gold-plated, or something?  Any ideas?

And I know this is a long-shot, but have any of you actually tested that hilarious item?  Does it really work?  Does it build a dome?  How loud is the fan?  Do people ask about the grinding noise coming off your midsection?  Help me out, if you can.

We were in a Chinese restaurant recently, and my dessert informed me that I’ll someday (there was no specific timeframe) own new clothing.

Doesn’t that seem like sort of a cop-out?  I mean, they’re not exactly going out on a limb with that one, are they?  Wotta rip-off.  They served me a disappointment cookie.

But, at least it wasn’t the one I always fear:  You will be dead by sundown.  I’m convinced I’ll get that one someday, and there’s always a mild sense of anxiety whenever I crack-open one of those paranormal treats.

I just met Toney for breakfast at Waffle House, and we had to sit in the skinny booth.

For whatever reason, one of the boofs in that place is a lot narrower than the others.  And I try to avoid it, for obvious reasons.  But the joint was slammed today, and I had to wedge my heft in there, then eat an entire meal with a table-edge creasing my gut.

Also, our waitress had droopy Billy Joel eyes, and looked to be on the verge of tears at all times.  Her head was in front of her shoulders, instead of above them, and she moved her entire body when she needed to look to the side.

The food was good, though.

Yesterday I logged into Facebook for the first time since I signed up, and approved about forty friend requests.  Then I spent an hour or so monkeying around with it, and checking out the pages of my friends.

It seems a lot less chaotic than MySpace.  I didn’t see any rotating pot leaves, or retina-searing strobe lights, or “How about a nice cup of shut the fuck up?”  And no horrible music started playing, which is always a plus.

But I’m probably setting myself up for a fall.  I have a feeling I’ll devote a little time to it at first, then completely abandon the whole thing.  And that will lead to more regret and self-loathing…

Two things I assume about people, until proven otherwise:  they’re not bed-shitting drunk, and their pits have been washed within the past 72 hours.  Well, a guy in line with me at Sheetz yesterday… proved otherwise.

I’m waiting on several semi-important emails from people, and it’s making me crazy.  Yet I’m roughly two months behind with email myself…  Hypocrisy is fun!

Have you ever been inside a store called Harbor Freight Tools?  I felt a little overdressed, because I didn’t have any partially-healed stab wounds, a horribly-stained wife-beater, or one four-inch tall tooth on the bottom.

Holy shit!  And I make fun of Wal-Mart?  Man, that place is like Sak’s Fifth Avenue in comparison…

Question:  Have you ever had any experience with hypnosis?  If so, we need to hear about it.  I don’t believe I could ever truly be hypnotized, I’m a full-on skeptic.  What do you know about it, from real life?  Anything?

And from the Stealing Clive Bull‘s Topics desk:  what foods do you still eat from a can?  I don’t think we have many vegetables from a can anymore (that’s kinda WWII, isn’t it?), but I do have soup every once in a while, and think Toney uses canned tomatoes in recipes.

What about you?  Is there anything that’s actually better in a can?  I’m drawing a blank on that one…  But canned peas are NASTY, even though I like peas in general.  Of that, I’m certain.

Do you have anything on this questionable Question?  Use the comments link below.

And what do you think of the idea of starting a Surf Report forum?  Is there a need for such a thing?  It would be a place for discussion, but wouldn’t be tied to a single day’s update.  Let me know your thoughts.  It’s not going to happen right away, or maybe at all.  But I’d like to get your opinions on it.

And that pretty much zeroes out the notebook.  Not completely, but close.