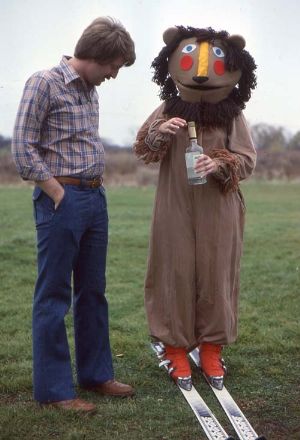 Many months ago I volunteered for a project at work which was supposed to be completed by December 9, 2011.  Since it was so radically delayed, I’d almost forgotten about it.  Apparently it wasn’t so important, after all?  Oh well.

But on Thursday of last week – the first day of my weekend – I received a frantic text message saying it was a go, and we needed to get started on it RIGHT AWAY.  I had multiple things going on last weekend, including a swim team banquet, and I couldn’t change my plans on the fly.  They seemed slightly annoyed.

However, I started it this week, and it’s going to be a giant time-suck.  I’ve worked about 25 hours overtime since Monday, and will probably be doing that for a couple of months.  Maybe it won’t take that long… but it’s how it looks from this vantage point.

And it’ll probably screw things up around here for a while.  I’ll try to maintain, but please know that I might not be able to update as often as usual.  I’m going to be living at work until we get this shit knocked out, and there’s only two of us trained on the system.

So, don’t think I’ve abandoned you guys…  I’ll just be at my job, crying softly into a keyboard.

On Friday I’m going to my first doctor’s appointment in roughly eight years.  It’s just a check-up.  My blood pressure has been a bit elevated the last couple of times, and I thought it might be a good idea to involve a doctor in my ridiculous life.

Of course I’m concerned that something will be twisted into my ass during this appointment, but Toney tells me I’m out of my mind.  She also gets irritated with me, and says, “What are you, thirteen years old?  Why are you so fixated on your ass?”  I don’t know what age has to do with it.  I’m thoroughly confused by that statement.

Heck, I’m in my late 40s.  Aren’t those the ass years?!  I WISH I was thirteen.  They leave your butt alone when you’re thirteen.  Unless you’re at Penn State, of course, but that’s another story…  I’m convinced I’ll be bent over a table, and something will go up the exit ramp – for the first time ever.  It’s traumatic, just thinking about it.

Toney just rolls her eyes and thinks I’m an idiot.  But a few days ago I asked her where this doctor’s office is located, and she said (get this!), “Right here in town, in that building next to Jiffy Lube.”

Jiffy Lube!  What the?!  If I go there, and see a pipeline running into the medical building, I’m turning around and leaving.  My ass appointment is going to take place next door to an outfit that specializes in lubrication?!  This information did nothing to make me any feel better.

I just know I’m going to be walking around with a wad of toilet paper pressed against my weeping anus all Friday afternoon and evening.  Good god.

A few nights ago I stopped at Wal-Mart on my way home from work, at 1:30 a.m.  I needed some toiletry items, and a box o’ Little Debbies.  And the place was pandemonium.

About once a month I go there in the middle of the night, to pick up something on my way home.  And it’s usually abandoned, except for the stockers and the guys buffing the floor (always with the buffing!).  But on this night it was full of shoppers – many with young kids.

I don’t understand this.  There were quite a few grade school-aged children running around in there.  I know they’re probably out of school because of so-called spring break, but still.  It was 1:30 in the morning.  And their big mamas and potbelly papas were hollering at them, just like it was a Saturday afternoon.  “No, Colt!  Put that down!! Colt!  COLT!!  I said put that down now!!!”

There were three registers open, with a long line at each.  I sighed loudly and fell in behind two Indian guys.  They had a lot of kitchen stuff, including a dish drainer.  And they were talking about some unknown celebrity on the cover of a magazine in a nearby rack.  Clearly, they wanted to mount her.

Finally another check-out was opened, and I moved toward it.  But some woman and her hick-ass husband sprinted over there, with their overflowing shopping cart.  I had three items in my hands, and they had a full week’s shop on wheels.  And they ran to get in front of me.  I couldn’t believe it.

I stood and watched all their crap being processed by the cashier.  Loads and loads of off-brand soda… frozen pizzas… baloney… a Night Ranger CD…. I was fuming, but the guy looked like he made a living digging ditches, with a ditch-digging physique to match.  So, I kept my mouth shut.

At the end it was something like $257, and he peeled off a shitload of twenties from a giant wad, and paid in cash. Hey, who the hell knows?

As I (finally!) moved toward the cash register with my three items, some little buzzcut hicklet came careening out of nowhere, and hit me from behind.  I wasn’t prepared, and almost went down.  It wasn’t on purpose, he was rough-housing with his protruding-forehead brother and ran into me.  But I was PISSED, anyway.

After I regained my footing I turned around, ready to let the chips fall where they may.  This was enough already.  It was 1:30 in the morning and the white trash fiesta was still in full swing at Wal-Mart.  I was ready to do battle.

But the two dumplin’ children didn’t say a word to me, and just ran away, still squealing and screaming.  Their parents were nowhere near.  I looked around for someone I could share my aggravation with, but nobody would make eye contact; they were just staring straight ahead with no expressions.  Except for the two Indian guys who now had the magazine open, and looked like they were both about to take out their wieners.

“Wild in here tonight, isn’t it?” I said to the cashier.  But she just grunted, and told me my total.  Highly unsatisfactory….

You guys have yourselves a great weekend.  I didn’t really have a Question prepared.  But since we’re talking about Wal-Mart… let’s revisit an old classic.  What do you say?

In the comments section, please list three unrelated items you could purchase at a Super Wal-Mart (with groceries).  You know, crazy combinations of things.  Like lettuce, diabetes hosiery, and bullets.  Or underwear, cole slaw, and birdbath.  You get the idea…

I’ll be back soon, probably Monday.

Now playing in the bunker
Buy Jeff a beer, he could really use a beer