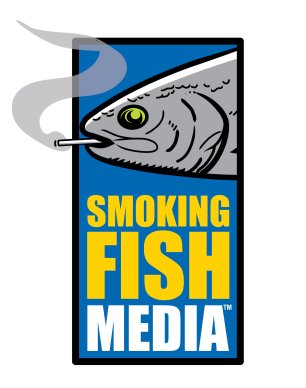 I was at the post office a few days ago, checking the luxurious fur-lined Box 88, and there was some jiggleneck in the parking lot kicking up great plumes of dust with a leaf blower.  I’m not sure what he was trying to accomplish, but he had a gasoline-powered motor strapped to his back, and was creating mayhem.

I stepped out of my car, looked in the direction of the noise, and a wave of airborne sand hit me in the face.  Both my contact lenses were instantly thrown into a state of crisis, and tears LEAPT from the ducts.  I started coughing and crying, and walked into the building folded over at the waist.

What the hell, man?  This was happening during the middle of the day, when the post office was crawling with people, and this dude was making giant clouds of dust, taller than any of the buildings in the area.  It was like 9/11 out there.  And shouldn’t something like that be done on a Sunday, or a Saturday afternoon, when the post office is closed?  Whatever he was doing?

The final season of Friday Night Lights starts on Friday, however… the DVD set came out last week.  And what kind of jacked-up deal is that?  Why would a studio release all episodes of a television series, a week before the first one airs?

Yeah, I know the season was shown earlier on DirecTV, but it’s debuting on NBC tomorrow.  Yet I already have the first disc of the box set from Netflix.  Whatever.  Nobody called and asked for my input.  I have a special line for studio executives to call when they need assistance with such matters, but it never rings.  Same with the Atlanta Braves red phone under-glass.  Hey, it’s their loss.  I’m just sitting here, ready to help.

I will be appearing on WILK radio on Friday morning, between 8:10 and 8:30, to talk about Crossroads Road.  Then, after the break, I’ll be participating in a beer tasting segment, called Friday Beer Buzz.  It should be interesting.  I’ve done several call-ins to radio shows, but have never been live in the studio.  If you’d like to listen, there’s streaming audio here.  And it might be a good idea to download a demumblifier before my part of the show starts.

I’ll try to come up with an mp3 of the interview, and will hopefully post it here on Friday afternoon.  But if a few of you want to record it, just in case, that’ll be cool.  If I start babbling like an idiot on the show, however, I won’t be posting it.  I’ll bury it, like my highly questionable “performances” with the late, great Jack Boston.

And speaking of babbling like an idiot, have any of you seen a movie called Wet Hot American Summer?  I keep hearing it mentioned in various places, and know nothing about it.  It feels like there’s a cult developing around the flick, and I’m oblivious.  Any ideas?  Is it worth a rental?  It looks pretty stoopid to me.  Why the latter-day buzz?  Please help me out, won’t you?  I’ve been burned by cultish behavior in the past, and don’t want to make the same mistake again.

Are there any movies that are pretty much forgotten at this point, but deserve, at the very least, a cult following?  Tell us about it in the comments.  A few off the top of my head:  The Homecoming, Cabin Boy, Damnation Alley…  What do you have on this one?

Also, I’d like to know about your addictions.  Are you addicted to anything?  I’m not talking about drugs or alcohol, but stuff like shopping channels.  I have an aunt who used to be addicted to QVC.  Maybe she still is?  Whenever she got upset, she’d become frantic and have to get herself to a TV.  QVC was the only thing that could soothe her.  Heh.

I’m addicted to many things:  the internet (big time), coffee in the mornings, music in the background (quiet disturbs me), Q-Tips (can’t really explain it), and lots of other crap.  What about you?  Please tell us about it in the comments.

And finally, the paperback version of Crossroads Road is now available at Amazon.  It’s still gestating, the reviews for the Kindle version haven’t yet been linked-up on the paperback page, for instance.  But the book is officially available for order.  If you’d like to get your hands on a copy, now’s the time.  Please order early and often.

I’m waiting for the copies I’ll be signing, and expect them to be delivered next week.  Stay tuned.  I’ll keep you guys updated.