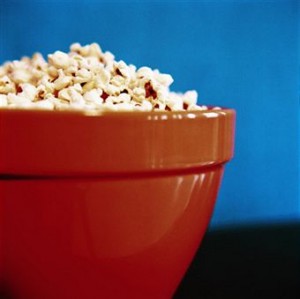 I had to be at work early yesterday, for so-called leadership training, and also overslept — big time.  The alarm was set for 9:30, and I got up at 12:30.  I barely had enough time to guzzle a little coffee, take a shower, and shovel a Mary Chapin-Carpenter frozen meal down my gullet.

In fact, I burned the shit out of my tongue, trying to ingest sweet and sour chicken within a tightly-compacted amount of time.  It still hurts today, as burnt tongues are wont to do.

When I arrived at work, with seconds to spare, I ran straight upstairs to the meeting room without checking in with anyone in my department first.  And it was later reported, via my vast network of liars and backstabbers, that my boss was walking around grumbling about how I’d blown off the meeting.  Hey man, I was right on time!

And that’s why there was no update yesterday.  Pass the beer nuts.

All this oversleeping is starting to become an issue.  I’m working fifty hours a week, and driving another six or seven hours, and it’s taking its toll.  Yeah, and I’m starting to go all Nostrildamus up here…  Perhaps I need to lie down for a nap with a hot water bottle on my vagina?  Sheesh.

I recently saw a local TV weatherman buying fancy-pants microbrew at a grocery store in our neighborhood.  Well, it wasn’t all THAT fancy-pants, it was Sam Adams Octoberfest, but still.

And the guy was tiny.  He looks to be average-sized on television, but is actually the approximate height and weight of a sixth grader.  I couldn’t believe it.  He was a pocket meteorologist.  It felt like he could predict the weather from the palm of my hand.

Have you ever met someone famous (or semi-famous), and was surprised by their appearance in some way?  One of my all-time heroes — Paul Westerberg — is pretty small, too.  He often looks ferocious and tall onstage, but is actually kind of… abbreviated in real life.  Doesn’t matter to me, though.  He’s still a freakin’ genius.

And even after the Alzheimer’s has taken what’s left of my beleaguered brain, I’ll never be able to forget the wrists on Mickey Mantle.  Amazing!  They were the size of 1970s-era Hi-C cans.  It was one of the craziest things I’ve ever witnessed with my own eyes.  Holy shit-crumbs.

What about you?  You got anything on this subject?  If so, tell us about it in the comments, won’t you?

I downloaded the new Belle & Sebastian album from eMusic this morning.  I haven’t listened to it yet, but I’m a big fan of those fey, limp-wristed Scots, ’cause they make perfect pop music.  And I’m a big-time sucker for the perfect pop music, I really am.

But eMusic is worrying me.  They announced a new pricing scheme that’s concerning.  They’ve hooked-up with yet another major label (they were originally independent labels only), and will be changing the way they do business, starting next month.

The reaction has been predictably negative, as you can see at their Facebook page.  But I’m willing to give ’em the benefit of the doubt.  I’ve enjoyed eMusic so far, and can’t really believe they’d just suddenly bend me over the proverbial couch.  So, I’m going to see how it goes, before getting all indignant about it.

And I have no problem with major labels.  I mean, seriously.  A lot of GREAT music was released through the majors, and the more albums to choose from, the better.  In my opinion, anyway.

I’m currently paying $14.99 per month, and get (basically) three full-length albums for that price.  We’ll see what happens in November and December, and make an evaluation.  If I can only squeeze out two albums, it’ll be to the point where it’s basically the same price as Amazon.  The new Belle & Sebastian is $7.99 there, so eMusic would no longer be such a great deal.

Oh well.  Hopefully it won’t be as bad as the jump-to-conclusions assholes believe.  We’ll see.

Does anybody know why skin prunes-up in water?  I mean, the science of it?  What causes that?  It’s very important that I know, but I’d prefer it if you guys just told me, so I could avoid doing any of that pesky research.  I appreciate your cooperation on this skin-pruning matter.

And finally, while I was sitting in my training meeting yesterday (the Fish Philosophy), I got a popcorn husk caught in my throat.  They had fresh-popped “corn” and Cokes for everyone, and there was a husk adhered to the wall of my downspout, fluttering with every breath.

I nearly panicked and caused a scene, but was able to maintain my composure.  I calmly chugged some Co’ Cola, and the popcorn eventually dislodged.  And I wasn’t left screaming and gasping in front of a roomful of “colleagues.”  Thankfully.

What’s the most memorable thing you’ve witnessed during a meeting at work?

I’ve written about this before, but I was in the ops manager’s office at my previous job, and we were dialed-in to a national conference call.  Some guy was talking, and another person — who obviously thought his phone was muted — said something along the lines of, “Oh my god, this guy is a fucking moron!”  It went out, clear as a bell, to everyone on the line.  Heh.

So, if you have anything about work meeting mishaps, please tell us about it.

And I’m going to stop right here, my friends.  I need a nice cup of herbal tea, and a good cry.  I’ll see you next time.