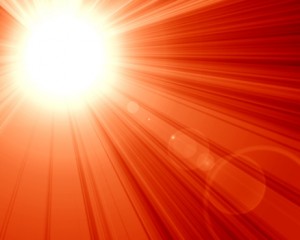 Once again I went without the alarm today, ’cause I was dragging massive ass, and slept until 2:30 pm.  Crazy.  As I type this it’s 5:30 and I’ve had almost a pot of coffee, and feel like I’m about ready for lunch.  Weird shit, man.

Tomorrow I will start another sixty hours in six days, not counting the 45 minute commute that’ll happen twelve times.  Sometimes I second-guess our decision to stay here, after I was laid-off, and not move to North Carolina.  It’s water over the bridge at this point, but I’m guilty of a little second-guessing on occasion.

I could do some additional whining about the situation with my book agent, but I’ll spare you guys.  I don’t want to turn into some moaning old man, just bitching and bitching about everything.  …Could I get some more crackers for my soup, goddammit?

I was just at Jason Headley‘s site, and he’s posted a trailer for the short film he wrote and directed.  You should check it out; it looks fantastic.  Can’t wait to see the whole thing.  I have no doubt it’ll be great, ’cause Jason is one talented dude.

A friend in Dunbar sent me this note today, under the heading Disproportionate Response:

I was walking on the railroad tracks the other day, and had a flashback.

Remember the time you were sick and confined to your room, and a bunch of us were standing on the tracks calling you all sorts of unmanly names (because obviously, a real man wouldn’t let something like scarlet fever keep him bed-ridden).

And at some point, you flung open the window with a lit bottle rocket pointed at us.  The thing exited the Pepsi bottle before anyone could dive for cover, sizzlin’ at about 500 mph, and nailed me right in the foot.

Heh.  Yes, I do remember that.  And I also recall that the name-calling came to an abrupt end, the moment I began launching artillery from my bedroom window.  It’s one of those life lessons that stick with you.

Are you hearing me, Mr. and Mrs. Half-Shirt?

My parents are coming to our house for Thanksgiving, and then they’ll head south for the winter.  I haven’t seen them in a year, or so.  I need to make more of an effort…

Every year, for the past few, my folks have spent Christmas in Florida, and I don’t think I’d care for it.  In fact, I know I wouldn’t.

Our four years in southern California were extra-strange during the holidays.  We have home movies that show a Christmas tree in the living room, the front door standing wide open, the sun blazing hot, and everybody in shorts and flip-flops.  Man, that’s just weird.

I remember walking to an outdoor cafe between Christmas and New Years, with some co-workers, and it must’ve been 95 degrees out.  One of them, a relentless SoCal cheerleader, was going on and on about how great it is to live in “paradise.”

My crack was awash with perspiration, and I was so homesick for the east coast, I could almost cry.  I don’t mind heat when it’s supposed to be hot (a bald-faced lie), but at Christmastime… it was completely foreign and depressing.

And that leads to my Question of the Day.  Have you ever spent the holidays in an unusual location?  How’d it go?  Did it bother you?  Since we’ve had kids we’ve refused to travel at Christmas.  We think it’s important that they spend the holiday at home.  Plus, it’s a damn good excuse….

Also, what are your plans for Thanksgiving?  Anything out of the ordinary?  Tell us about it in the comments.

And I’m going to have lunch now, and maybe a light dinner at midnight.

Have a great evening, my friends.