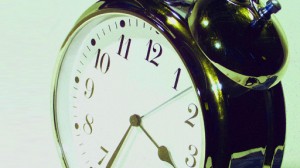 My alarm goes off at 9:30 on mornings following a work day.  So, I sleep from roughly 3:30 to 9:30, which is almost enough.  Today, however, I couldn’t hoist my heft off the platform.  The younger secret finally checked on me around noon, and the clock was still stuck in its BRZZZZZ!… (snooze)… (silence)… BRZZZZZ! cycle.  For almost two and half hours we’d been doing that dance.  I’m exhausted.

For lunch I went to a Chinese place near us called the Frog and the Overshoe, or the Horse and the Tulip, or whatever.  It’s pretty darn good, and decent Chinese food is not easy to find in the Upper Perogie Belt; most of it has a high gloop factor.  But this joint is not bad at all.  I ordered off their lunch menu, and the younger boy and I ate like Asian kings.

Toney is taking a class today, and the older hooligan is at a water park with a friend.  Our lawn needs mowed, and the bed hasn’t even been made.  I have a long list of things I owe people (t-shirts, emails, books to be read, interview questions to be written, etc.), but my energy level is somewhere in the vicinity of a 400 lb Wal-Mart mama watching Judge Judy and eating a hubcap-sized bowl of Moose Tracks.  Approximately.

And now you’re up to date on my one day-off this week.  Man, I’m living the dream…

Surf Reporter Biff Spiffy sent me an email yesterday (or was it Tuesday?) telling me that a bunch of Surf Reporters are getting together near Charleston, WV on Friday, for lunch.  The list of folks planning to attend is Tiff, Biff Spiffy, Kenju, Tammie, Evil Twin’s Wife, Buzzardbilly, and “many more.”

I think that’s extremely cool, and wish I could be there.  Unfortunately I’ll be hanging out in the resort community of Wilkes-Barre, PA.  But if you’re in the area, and would like to be a part of this gathering o’ the Reporters, they’ll be meeting at Little India around noon on Friday.  Here’s their website, with the address and all that jazz.

I’m expecting lots of pictures and written reports!  I hope you guys have a great time.

And speaking of Surf Reporters and awesomeness, Uncle Wedgie sent me a Blu-Ray copy of the just-released ’70s cult classic Damnation Alley.  I actually saw that flick in a theater (the Capitol Theater?), in Charleston, when it was first released — then many additional times on HBO.  It’s cheesy and over-the-top, but a total blast.  I can’t wait to see the hoards of armor-plated cockroaches in full HD!

Thanks, Wedgie!  Very cool, and much appreciated.

Also, thanks to everyone who ordered a signed copy of the book.  I’ve received more orders than expected, which is nice.  Below is the link again, and I’ll remove it on Sunday before I leave for work.  If you’d like a copy of Crossroads Road with my scribbles inside, now’s your chance.  Order away! [SORRY, you missed it. But regular unsigned copies are still available.]

And I don’t think I’ve ever mentioned this, but it bugs the hell out of me when people eat in a perfect cadence.  Know what I mean?  People who space their bites PERFECTLY, and never alter it — like some kind of machine?  And they’re such a slave to the rhythm, they sometimes end up taking another bite before the previous one has been swallowed?

Along the same lines… people who always speak in the same pitch — with no inflection whatsoever — bother me a great deal.

I could be wrong, but I think these are new entries to The Stuff That Irritates Jeff.  Do you have anything new that’s bugging you?  If so, please tell us about it in the comments.  What’s pissing you off nowadays?  We need to know.

And I’ll be back soon.  The “weekend” is completely shot, but I’ll do the best I can.