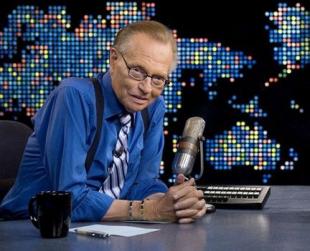 Last night I went to church.  Yes, you read that correctly.  Our younger boy went through Confirmation, and we all got dressed up and did our time in the pews, to show support.  He’s been taking classes for years, literally years, and it all came to fruition last night.  He’s an official member of the club now.

I’m not religious, and bring nothing to the table.  Toney was raised Catholic, and isn’t very religious either.  But when the boys were young she and I discussed it, and agreed they should be exposed to religion, in a casual way.  Just so they have some sort of understanding…  Then they’re free to do with it what they want.

When I was a kid I was sent to a Baptist church, probably for the same reasons, and disliked it with gusto.  It likely had more to do with the other kids who attended that church (shitheads, all), than anything they were teaching there.  But I stopped going the moment my folks lifted the mandate.  My brother continued, but I pumped my fist in the air, and celebrated my freedom.

So, it was an easy decision.  The boys would attend Catholic church, supervised by Toney, and I’d read the paper on Sunday mornings, drink coffee, and power-fart into the upholstery.  It was a situation I could live with.

Neither boy seems to hate it like I did, but I wouldn’t say they’re overly enthusiastic, either.  Whatever.  It might mean very little to them, or it could bring them some comfort in the future.  I’m cool with it, either way.

I have a few notes about last night’s big ceremony.  At this point I’ve been to plenty of Catholic services, but still feel like a clueless outsider.  I’m always uneasy, because there’s so much audience participation: shaking hands with strangers, sitting and standing, doing the wave…

When I lived in California I attended a Jewish funeral, and they handed me one of those little hats when I came in.  I was a basket case, because I didn’t know what I should do with it.  If I put it on, would the people who know I’m not Jewish be offended?  Or is it a bigger affront to refuse to sport the thing?  It was 60 minutes of sweating, and feeling awkward.

And it’s a very similar feeling at a Catholic mass — all that kneeling on the flip-down kneel-bar, and whatnot.  I have no idea what’s going on.  Although I am a little more relaxed than I used to be.

There was an old lady sitting a few rows in front of us, with a huge ass and a dress that looked like the backdrop of the old Larry King show on CNN.  You know, the various-sized multi-colored dots with a black background?  I kept expecting Larry to take a seat behind her butt cheeks, and start interviewing “the great Henry Winkler,” or whatever.  Unfortunately, it never happened.

Another old woman, sitting directly in front of me, had her head on a swivel the entire time.  She CONTINUOUSLY turned to see who was coming through the door, and seemed far more interested in who was there (and who wasn’t), than what was happening up front.  I guess some things are universal, across all religions?

I’d say about twenty percent of the people in attendance were dressed like they were at a movie or a pig pickin’, instead of a church service.  I saw one guy in flip-flops.  I’m no fan of getting all trussed-up in dress clothes, it’s well-documented, but sometimes it’s necessary.  Sheesh.  It felt disrespectful.  This ain’t a Jimmy Buffett concert, dick.

The Bishop was elderly, and his voice alternated between very loud and very quiet – sometimes several times within the same sentence.  He told a confusing story about a Jesus statue in France, which was missing both its hands because of Nazi bombs.  I didn’t really get it.  Then he talked at length about a boy and a rattlesnake, and drugs and alcohol.  Yeah, I don’t know.  And whenever I’d start to nod off, he’d SHOUT some random word, and snap me back to attention.  He seemed nice and grandfatherly, with a side order of intimidating.

There was a lot of call & response.  They recited the Lord’s Prayer, but stopped in the middle.  The crowd knew precisely where to put on the brakes, the priest interjected something there, and they cranked it back up again.  It’s all very well choreographed, and I’ve missed almost all of the rehearsals.

At one point they were ringing a tiny bell, and doing something with napkins and jewel-encrusted chalices.  An altar boy was there holding a walking stick, or somesuch.  Incense was pumping, and bells were now ringing outside.  It was a whirlwind of activity.  Then they offered Communion, which lasted a while, and a man finally shouted something along the lines of, “This mass is over!”  Very cool.  It reminded me of “Elvis has left the building.”

And here’s a conversation that happened, as we walked to the car:

Toney:  That was pretty wild, but I think [the older boy’s] Confirmation was even more flamboyant and theatrical.

Me:  Yeah, didn’t they release a falcon, or something?

Toney:  That was at Medieval Times, in Myrtle Beach.

The four of us went to dinner, Toney and I had a couple of beers when we got home, and I watched TV with the boys.  And I’m pretty sure the rattlesnake in the Bishop’s story was meant to represent people like Daniel Tosh.  Heh.

So, there you go.  That’s how I spent my Wednesday evening.  I had to burn a vacation day, but that’s alright.  I’m always manufacturing more.