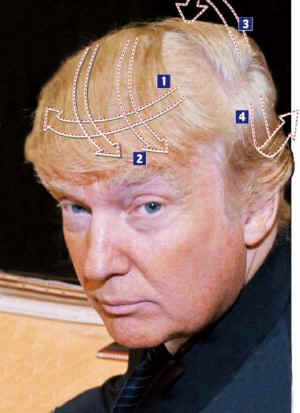 The internet is littered with websites I’ve launched, and abandoned.  Some you probably know, and others you don’t.  Thank God…  But I’m thinking about starting a new one — in addition to the Surf Report, of course.

You see, I try not to mention my book projects, and what’s happening currently.  It takes up a lot of space in my head, but I always feel like I’m boring you guys to tears with it.  In fact, someone sent me an email, saying exactly that.  And since it confirmed something I was already worried about, it stung a little.

So, I don’t mention it as much as I did in the past.  But I’ve reached a point where things are about to change a great deal.  I don’t want to get into the specifics right now, but I’m about to go down a new path with all this stuff.  One of two new paths…  And I feel like writing about it.

Some of you might want to follow along, and others will have little interest in the process.  And that’s cool.  But it’s why I’m thinking about doing it elsewhere.  I believe it will appeal to a few of you, and also a new group of folks who are attempting to break into publishing (or screenwriting or whatever), and experiencing some of the same highs and lows as I am.

I’ll keep you posted, of course, but this is something I’ve been working on for a few days.  I have a ridiculous amount of notes already, and I’m excited about it.  These things can change, but I’m fired-up at the moment.

And just to be clear, it won’t be a completely self-indulgent exercise (if it happens at all).  It’ll be about my experiences, but will also feature general discussions about the roadblocks and problems encountered by people who embark on creative endeavors.

Yes, these are the kinds of things I use to occupy my mind, so as to avoid a full mental collapse…  Stay tuned.

And do you know what classic rock band doesn’t get the due it deserves?  Thin Lizzy.  I have most of their albums, and listen to them regularly.  They were a great band, and most people think they recorded one song:  “The Boys Are Back in Town.”

And it really bugs me when an accomplished artist has one hit, and the general population doesn’t know anything beyond that one song.

Like Warren Zevon, for instance.  The man is responsible for decades-worth of genius, and dumbasses say, “Oh, is he that ‘Werewolves of London’ guy?”  Grrr…

The same thing used to happen with Randy Newman, and “Short People.”  Randy Newman is one of the greatest songwriters of the twentieth century, and people associated him with a novelty song.  It was maddening to me.  But, at this point “Short People” isn’t even remembered, and it’s “Randy who?”  For some reason I prefer the latter.

Can you think of other artists who fall into this category?  Please use the comments link below.

And finally, I’d like to know your favorite flavors of burps. I like Bac-Os, and hot dogs.  Not together necessarily, although I wouldn’t be opposed to trying it.

What foods create your favorite-tasting burps?  A little disgusting, I know…  But when did that ever stop us?  Tell us your thoughts on the subject.