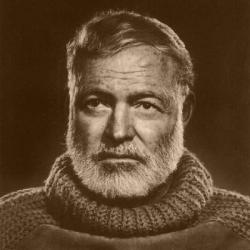 I was looking forward to the new TV show Revolution. It’s set in the near future, or possibly current times, and nothing works anymore. The power grid has shit the bed, and car motors are useless.  Suddenly, and for no known reason, the planet is thrown back to the mid-1800s.

They did a good job of hyping the thing, and J.J. Abrams is involved, so I thought it might be fun.  Unfortunately, it’s a turd.  I’ve watched three episodes and don’t care about the characters, am bored off my ass, and have already had it up to here with sword fighting.  So, that’s that.  I gave them the opportunity to hook me – I WANTED to be hooked – and they botched it.  I’ll never waste another second of my life on that block o’ shit.

We also watched the first episode of 666 Park Avenue, and it’s questionable, as well.  I’m willing to give it one more week, but the window is closing.  Emotionally, I think I’ve already given up on it.

I’m watching nothing; I have no current TV show to follow.  Yeah, I know… Breaking Bad.  No need to type it in the comments, I’m aware.  In fact, I watched the first three or four episodes on Netflix, and drifted away from it.  I liked it, but didn’t feel a burning urge to keep returning.  Same thing with Dexter.  Oh well.

A few nights ago I saw the first episode of Sherlock, which was good.  I have a feeling I’ll stick with that one, but there are only six episodes.  What’s the story with the Brits?  That show has been on for two seasons over there, and it translates to six episodes?  Man, I hope they don’t burn themselves out with such a demanding work schedule.

Anyway, what’s worth watching?  I need at least one show to follow.  And please don’t say Breaking Bad, Mad Men, or Dexter.  I’m sick of hearing about them.  I know they’re all great, but I’ve developed a bad attitude.  Also: Boardwalk Empire – quite possibly the dullest thing ever foisted on the human race.  No need to mention that one, either.

Last night I was listening to George Noory while driving home from work, and some guy was on there saying he has frequent conversations with Ernest Hemingway.  The show was already underway when I joined it, so I don’t know the method he uses to talk with the long-dead writer. And, now that I think about it… it doesn’t really matter.

Often, the guests on that program are somewhat convincing.  Maybe because their claims are a little less crackpot?  But this guy was a classic.  He said he was talking with Hemingway one evening – you know, from beyond the grave – and Abraham Lincoln butted in.  He didn’t act like this was an especially amazing occurrence, he just mentioned it in passing.  Oh yeah, and Abe Lincoln horned in with his opinion on the subject…  Just as a side-note

I was howling with laughter.  It felt like a Phil Hendrie interview, but the guy was serious.  He kept saying, “Ernest and I have never talked about that, George, but I’ll certainly bring it up the next time we speak.”  Good stuff.

Which dead people would you like to chat with?  Who would be at the top of your list?  Needless to say, I’m going with Vic Tayback.

And finally, I was reminded today of something bizarre that happened years ago.  I’d flown into Charleston, WV, and was loading my suitcase into the trunk of my parents’ car, when a stranger walked up to me.

“Excuse me,” he said, “but are you a member of The Bottle Rockets?”

What in the everlasting hell??

“You mean, the band?” I asked him, while blinking in confusion.

Isn’t that weird?  The Bottle Rockets are fairly obscure, we were in Charleston, WV, of all places, and he somehow, in some way, connected me to them.  It’s mind-boggling, even years later.  I simply don’t understand.

Have you ever been mistaken for somebody that just doesn’t make any sense to you?  If so, please tell us about it.  Use the comments link below.

And I’m calling it a day, my friends.  I took Sunday off from work, so I’ve got a long weekend ahead of me.  I’m going to work on the new book, and also try to bring some order to my jumbled life.