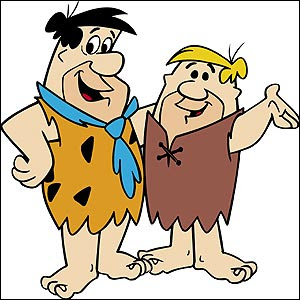 I had a close friend in high school who was into a lot of the same things as me: drinking, wacked-out music, baseball, insensitive and sarcastic remarks… Oh, and did I mention drinking? If you’d asked me in 1980, I would’ve predicted we’d always be friends, until one of us finally destroyed a vital organ and dropped dead.

But he went away to college, and changed. I remember when he came home for Christmas that first year — just four months after he’d left — and how weird he was. It was like Invasion of the Body Snatchers. We all went out and did the same kind of dumbass shit we’d been doing for years, and he seemed bored. He wasn’t being a dick about it, he just wasn’t having fun.

And it was never the same. I hated it, and blamed him, of course. But he was off living on his own, meeting new people and having interesting experiences. And I’d opted for the safety and comfort of an extended adolescence. We weren’t in the same place anymore; he’d literally and figuratively moved on.

We’d been the best of friends, and I don’t even know what happened to him. He was really into technology when I knew him, but apparently has zero presence on the internet. It seems weird to me. I’m not aware of anyone who’s remained in contact with him. Perhaps he changed his name, and went into the witness protection program? Or maybe he died in a Buck Stove explosion in 1994, or something? I simply don’t know.

I also had a friend when I was young — pre-5th grade — who was a true partner in crime. We were practically joined at the hip for years, and got into all sorts of fantastic trouble together. But by the time we reached Junior High, we barely spoke. We’d see each other at school, do the ‘sup? chin-lift, and keep moving. Nothing bad happened, our friendship just shriveled up and died, for some reason.

Occasionally I see him, and he’s a really nice guy. But we’re polar opposites. He’s outdoorsy, and somewhat religious. And I’m… something else. I guess when you’re kids all that stuff isn’t in place yet?

On the other hand, I’ve known Bill since before kindergarten, and we’ll always be friends. In fact, I called him yesterday, while driving to work. I have a feeling we’ll be 88, or whatever, in some nursing home somewhere, talking on the phone: “Remember that time we were drunk at the drive-in, and you knocked that wall down on an old man taking a piss?” And it’ll continue until one of our nurses makes us stop, because we’re getting too worked up.

Same with Steve. Hell, I talk with him twice a week, and have known him since grade school. He also went away to college, but was always Steve. And my friend Tim, from the Dunbar years, still cracks me up every time we speak. We have some kind of crazy rhythm that’s been in place for decades.

Toney had three good friends in California, and tried to maintain those relationships after we moved. Only one survived. Unfortunately, the most annoying of the bunch… Toney put the same amount of effort into each of them, and only one friendship remains. I guess it takes an equal amount of effort on both ends? Or is it something else?

For our Question of the Day, I’d like to know about the people in your past who were once close friends, and now are not. I’m not really talking about romantic relationships, I mean regular friendships. What happened? Was there a single event that damaged things, or did it just dwindle away over time? Please tell us about it in the comments.

Also: how many years have you known your oldest friend? Does it go back to grade school, like some of mine do?