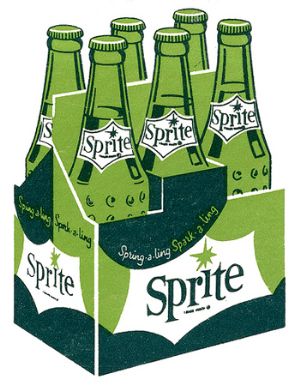 A few days ago I pulled into a Sheetz gas station, to buy yet another $25 ration of fuel, and it was pandemonium.  There was a vehicle at every pump, and another car waiting at most of them.  It was ridiculous, and I started to growl like a dog.

I saw an older man pumping gas into an SUV, so I pulled in behind him.  If I’m forced to wait, I always try to find a person already in the process of pumpin’.  If they still need to insert their card, and push the proper buttons, it’s simply too much of a risk.  Many people, I’ve learned, cannot properly navigate a gas pump, an ATM, or (merely speculation) a wad of toilet paper across their residue-encrusted sphincter – even though the crack acts as a nifty guide rail system.

But this guy was already in the process of transferring fuel, so I thought it was a good bet.  Ha!  I now realize how hilarious it was, to actually trust a fellow human to behave in a courteous manner.  Hilarious, and kinda cute, really.

After the old bastard finished, you see, he replaced the handle, printed a receipt (the hatred was already starting to bubble up) and… walked into the store!  He left his car parked at the pump, and went into the convenience store – while I was sitting there, waiting to buy gas.

What the hell, man??  There were two empty spaces directly in front of him, near the main entrance.  It was less than twenty yards from where we were sitting.  The move would have cost him thirty seconds, tops.  And it would have freed-up the pump for me.  It’s what I would have done, even if there HADN’T been someone waiting.  As George Costanza says:  we live in a society!

I couldn’t believe it, and began yelling and waving my hands around.  Even though my windows were up, someone at another pump heard, and looked at me with a WTF? expression on his face.  I snarled at him, like a maniac, and tore ass out of the parking lot.  As I exited I saw the snarlee flip me the bird, and holler something for my benefit.

Good god.  I’d just wanted to stop for some gas on my way to work.  Why must everything be such a hassle?  Every. Little. Thing?

While driving I revisited one of my favorite daydreams, the one where I possess the power to cause car engines to burst into flames, just by willing it to happen.  I had visions of the SUV merging onto I-81, eventually achieving cruising speed, and BLAM!!  It goes cart-wheeling, fully involved, down the fast lane, as a blood-curdling scream is heard coming from the fireball.

That little fantasy almost always cheers me up, and it did so on this day, as well.  But when I arrived at the Sunoco station, a few blocks away, I suffered a relapse.

The pumps there are ancient, probably Reagan-era, and retrofitted somewhere along the line to accept bank cards.  I put mine into the slot, and a cloudy window that looks like a 1982 digital watch asked CREDIT or DEBIT?  I pushed the battered button for the former, and nothing happened.  What the?  I pushed it again, with my thumb and body weight, and it finally switched over to DO YOU WANT A RECEIPT?  Bitch!

Finally, after what felt like ten minutes, I was allowed to start pumping gas into my tank.  And that thing was moving so slowly, my blood pressure was cranking upward alongside the sale amount.  One dollar ten cents…. One dollar eleven cents… One dollar twelve cents…  What is this, Panama??

It’s that bastard’s fault, I mumbled to myself.  I wouldn’t be here, if it wasn’t for him.  He probably went in there to buy a Sprite; old people love Sprite.  I was disgusted.  And before I reached two dollars and fifty cents, I was envisioning a rolling ball of fire again, and the pressure in my brain lessened somewhat.

Oh yeah, he’s definitely my Asshole of the Week.  I know, because I’m still thinking about him.  Who was yours?  Who would you like to nominate?  Please try to limit it to last week only.  But that shouldn’t be too difficult, right?  Assholes abound.

Also, do you have any revenge fantasies like my little Firestarter thing?  Or is that just me?  Please tell us about it, won’t you?

And I’m going to call it a day, my friends.  Please remember to use our Amazon links while doing your holiday shopping.  Here they are again:  Amazon US and Amazon Canada.  It’s much appreciated.