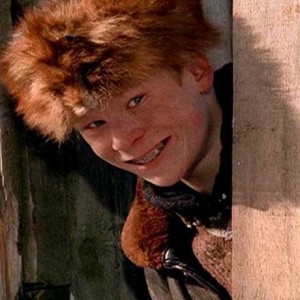 He was a kinda-sorta co-worker, who was hired as a supervisor. During the early days I had very little interaction with him. He worked in a different department, and I only really saw him during meetings.

But those meetings were memorable… Almost without fail he’d get whipped into a frenzy, his face would turn blood-red, and he’d be screaming like a maniac. He was a supervisor, and would take on managers and directors, and be breathtakingly disrespectful. How in God’s name did he get away with it??

Whenever he walked into a room, there was instant tension. He had one setting: confrontational. Nobody wanted to deal with him, because they didn’t want to get sucked into some crackpot yelling session. I steered completely clear, for the same reason. He was like a schoolyard bully.

And here’s the baffling part: he kept getting promoted. They loved his passion, I was told. But it wasn’t passion, I knew, it was a mental disorder. The guy needed to be playing Connect Four in a wacky shack, not climbing the corporate ladder.

As he amassed more and more power he surrounded himself with people who were just like him. He had two or three deputies who were the same kinds of pricks. All of them were impossible, and they made life in that office unbearable. How could upper management not see the damage that was being done?

Eventually he rose to a level where he had some power over me, which was not good. I am laid-back and even-keeled, which assholes like him perceive as weak. My direct boss was the same way, and this guy made it clear he would get rid of both of us as soon as possible. He wanted ball-busters in every position.

He was finally fired (people were celebrating like they’d just kicked a goal against Manchester United), but not before he’d ruined a lot of careers, and engineered hundreds and hundreds of terrible days at work. He was the closest thing to evil I think I’ve ever personally encountered. Is it wrong to hope he came down with tip o’ the dick cancer?

Who is the worst person you’ve ever met? What name jumps immediately to mind? Please tell us about him or her in the comments section below.