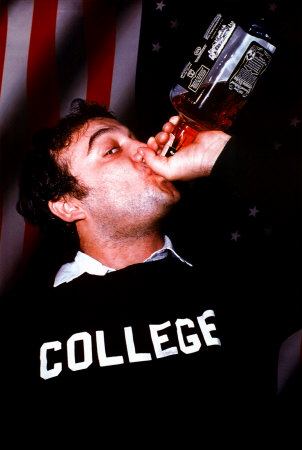 I wrote a lengthy update Friday morning, and shitcanned the whole thing.  It sounded whiny, and ball-baby bitch.  And who needs that?

Here it is, tightly compacted:

Money is a concern at our house right now, so I’ve asked for permission to work sixty hours per week.  My employer has granted the request, on a temporary basis.  So, I’ll be working six 10-hour days, until they tell me to knock it off.

Also, my book isn’t going to be published anytime soon.  My agent tells me the timing is wrong for a comic novel written by a first-time author.  The economy is sucking (no shit?), and he says publishers aren’t in a mood to take a chance.  It can be sold, I’m assured, but not now.

So, there ya go.  I just wanted to bring you guys up to date, but it came out like I was fishing for sympathy or something.  And I can’t have that.  Everybody has yards of crap they need to deal with, and my small problems aren’t any more special than anybody else’s.  So, let’s move on.

Bourbon Season 2010 is underway, and we’ve had a couple of stiff belts of the stuff on nights when Toney and I are both home.  And it tastes like Autumn.

However… The next morning I always wake up with a mouth and throat so dry if feels like somebody broke in here during the night, jammed a nozzle between my teef, and coated my shit with that stuff that’s supposed to keep moisture from seeping into a basement.  Holy hell!

I’m not really a liquor kinda guy, and am unaccustomed to the extreme oral dryness.  That nonsense never happens after four or five vessels of the golden elixir.  And to tell you the truth, I’m not much of a fan.  I think I’m going to limit my intake to one drink per evening, then switch to beer.

Of course, now that I’ll be working six nights per week, there won’t be much time for bourbon… or radical dehydration.  But you know what I mean. If I drank the stuff like Slash or Janis Joplin, or whatever, I think I’d probably wake up the next morning as a single dried apricot, lying on a pillow.

I almost died this afternoon.  It’s always something with my life.  I was driving about 70 mph down a major highway and getting ready to cross a bridge, when I turned the wheel and nothing happened.  After a millisecond of intense panic I found that it would respond at the extreme ends of the wheel’s turning capacity.  So I drove the rest of the way to my meeting and home like that… but scared shitless.

Sweet Maria!  I’ve never even heard of such a thing.  I don’t know how I’d respond if I was hurtling down the interstate, turned the wheel to change lanes, and the car just kept going in the original direction.  I’d probably slam on the brakes or something equally dumbass.

And I’m going to make that the Question of the Day:  Have you ever encountered a catastrophic mechanical failure while driving?  Or have you known someone who had something terrible go wrong with their car, while in transit?  Tell us about it in the comments, won’t you?

You know, like your steering wheel falls off, or your hood flies up, or the back wheels come off…  Please tell us your tales.

And I’ll be back on Monday, my friends.