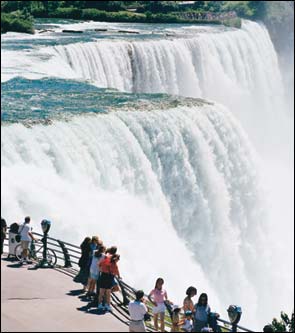 I’m working a half-day tomorrow, and we’re going to New York City on Thursday morning. It’ll be a rare opportunity for the four of us to spend the day together, doing something fun.  Not much of that this summer…

The boys want to go to the top of the Empire State Building, which made me groan.  I have visions of giant lines of Japanese tourists, and people from Wisconsin.  But, we’d like for this to be a good time, and I don’t want to instantly start bitching and vetoing shit.  So… we bought the tickets online: $25 each!  To ride in an elevator!!  Good god.

We’re also going to have lunch at a restaurant we like.  But I’m not going to mention the name, because all you NYC folk will say, “You like that??”  And I don’t need it; I’m trying to get my blood pressure under control.

I’ve been to the top of the Empire State Building, and it’s kinda cool, I guess.  I was a kid, and don’t remember being disappointed by it.  So, there’s that.  But it’s basically just a really good view.  Right?  A hundred dollars to see things from a slightly different perspective?  I’ll let you guys know how it goes.

Today, however, I’d like to talk about tourist attractions that DID turn out to be a disappointment.  I can think of two, right off the top of my head.  And hopefully you guys can take it from there.

The first one might surprise some of you: Disney World.  When we were kids we went to an amusement park near Cincinnati every summer, called King’s Island.  It was the best, and we always had a blast there.  And when we were planning our trip to Disney World, my brother and I just knew it would be even better.  This was gonna awesome!

But it wasn’t.  It wasn’t horrible, of course, but King’s Island was better.  Less spectacular, perhaps, but way more fun.  And Disney probably cost ten times as much.  All of us were mildly disappointed, but it had been such an expensive trip we wouldn’t allow ourselves to admit it — until years later.

The second was Niagara Falls.  It’s a big waterfall, in case you don’t know.  And it takes about three minutes to get your fill of looking at it.  Yeah, we rode the boat, and wore the stinky-ass communal raincoats.  That was somewhat interesting, I guess.  But not that much…  My coat smelled like Old Spice and balls.

And all around the falls are the worst kind of tacky tourist traps.  Wax museums, and Ripley’s Believe or Not, and that kind of bullshit… We stayed in a terrible motel on the Canada side, where my dad got really mad at my brother and me, and yelled at us.  My mom was the yeller, not my dad, so it cast a dark shadow.  There was also a turd in the swimming pool.

Once again, I’m up against it here.  So, I’m going to turn it over to you folks now.  In the comments section, please tell us about vacations, or specific tourist destinations, that turned out to be a disappointment to you, for one reason or another.

And I’ll be back tomorrow, I hope.