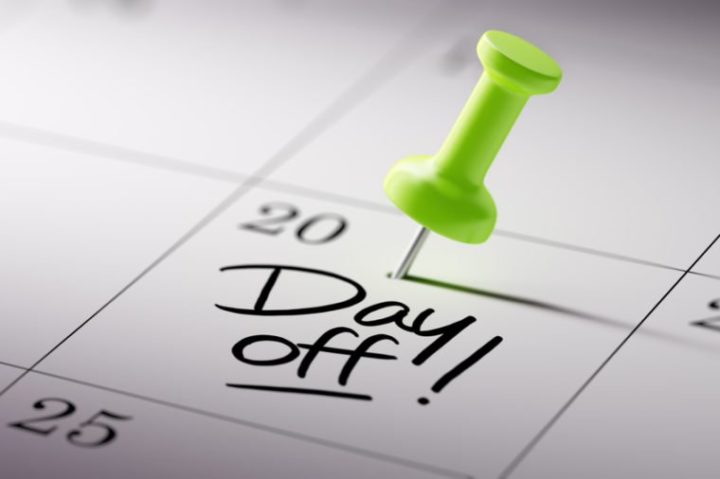 I’m not off today, unfortunately. And I wasn’t off on Friday, either. But Toney and I had this conversation over the weekend and agreed for once. Having a Monday off is better than having a Friday off. What do you think?

My reasoning: Fridays are the best day of the workweek because people are powering-down and going into weekend mode. There’s hope and the looming prospect of rest and relaxation, and adventures that generally don’t come to fruition. But it’s like opening day of the baseball season, anything is possible.

And Mondays are the worst day of the workweek, right? I mean, can that even be argued? So, it’s only logical to avoid the shittiest of all days and work on the least painful. And I can’t put my finger on why, but a Monday off feels like a true three-day weekend. But a Friday off doesn’t have the same emotional impact.

What are your thoughts on this important matter? Please tell us about it in the comments.

Of course, the population now works 24 hours a day on bizarre schedules. Monday through Friday, 9 to 5, is quite rare, I think. Just go to a Walmart or a grocery store on a Tuesday at 2:30 or whatever, and you’ll see evidence of it. I’m always shouting, “Doesn’t anybody work anymore?!” Of course, the answer is yes, they just work wacked-out hours.

And that’s the second part o’ the question: what schedule do you work? I’m Monday through Friday, but the official hours are from 2 pm to 10:30 pm. So, there you go. What’s your current schedule?

Most difficult schedule I’ve ever worked? Overnights with no set quitting time. That was at a Food Lion store in Greensboro. We started at 11 pm (I think) and finished when the work was done. That’s no good… Often we’d work 12 hours. It was exhausting. I was tired all the time, without exception. I dreamt about being tired while I slept. It sucked a big bent one.

So, I guess we now have three questions:

My Kansas City trip was canceled at the last minute. Do I look upset? I’m not upset. It would’ve been fine and might’ve generated some stories, but I’d prefer not to do it, thank you very much. We are, however, going to Cleveland next week. It’ll be a quickie guerilla strike, in and out. Rock ‘n’ Roll Hall of Fame, and some other odds and ends… Should be fun, I hope. Oddly enough, Toney and I will be returning to Ohio in August to see a Reds game, and also attend a big tennis tournament out that way. We’re staying at a hotel that is shockingly expensive (to my cheap bastard ass, anyway), next to the baseball stadium. I mean… what the hell? What is this, Manhattan? We’ll also be visiting the Reds Hall of Fame, and plan to take the stadium tour, where they lead you into the bowels of the place, including the press box! I’m excited. I’ve never done anything like that before.

But that’s all the confirmed travel on the books for us. We need to fit another guerilla strike in there somewhere. May to August is too big of a dry spell. Ya know? Maybe we’ll hop on one those cheap Allegiant flights out of Allentown, and go back to Myrtle Beach for three days or something? We kinda blew it the first time, and need some Myrtle Beach redemption. We’ll see.

I posted a new podcast episode at midnight. I hesitate to make any grand proclamations, but I think it might be one of the best episodes yet. Funniest, anyway. That’s just my opinion. If you’d like to listen to it, click here. Or just snag it wherever you get podcasts. Here’s the summary:

In this one, I close out the category and share some more classic stories from my vast work history. You’ll hear about a co-worker who always looked like a million bucks until she got to the parking lot, the memorable character who objected to a new mandatory necktie rule, the guy who thought his car was stolen and was later caught “relaxing” at work, and an extremely memorable cookout with one of my old bosses. I also react to the first two messages left on our exciting new podcast hotline. It’s a fun episode. Thanks for listening!

Once again, I’d like to remind you guys about the new podcast hotline. You can call it and leave a message (a question, a comment, or a suggestion) and I might include it in a future episode, along with my reaction to it. The first two messages are in Episode 9, linked above. It’s fun! Call it today, if you’re so inclined. 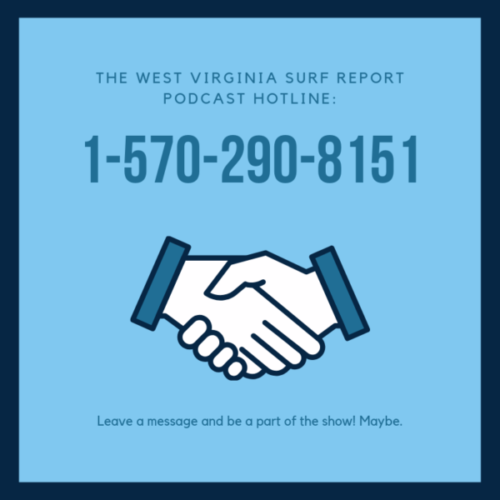 And speaking of calls, I’m calling it a day here. I’m starving. Good Lord. Did I even have dinner last night…? Yes, a giant plate of spaghetti and two bowls of salad. WTF? It takes a lot of fuel to keep all this going, I guess. I hope you guys have a great week. I’ll be back on Thursday or Friday.