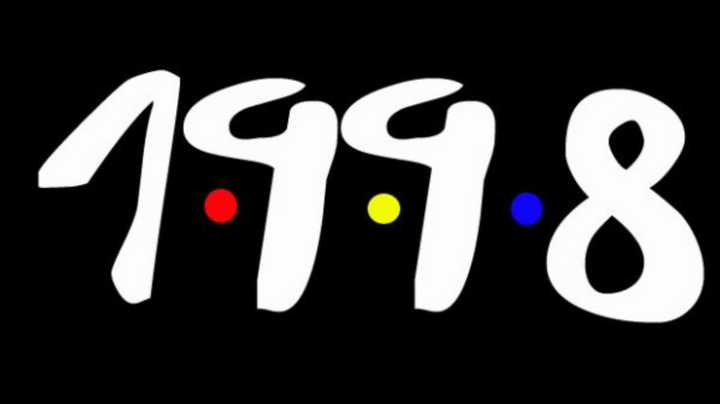 Let’s go with 1998, shall we? What did you have going on during that year? Was it happy times… sad times… something in between? Please tell us about it in the comments. I’m sure some of you will make me feel like a broken down old sack and say something hurtful like, “I was in third grade.” For the record, I was 35 years old in 1998. And for some reason that terrifies me. Thirty-five is not exactly young, and it was a long time ago. So… connect the dots on that shit and you’ll get to the source of my concern.

In any case, we were living in California in this house: 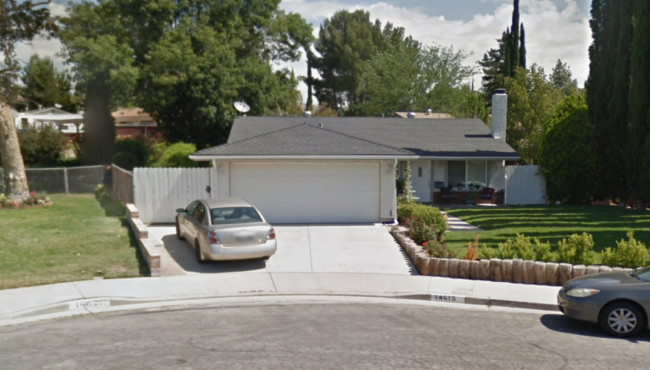 It was in a town with two names: Canyon Country and Santa Clarita. Literally half of our mail was addressed to one, and the other half to the other. Is that not weird? Canyon Country sounded cooler to me, so that’s the one I used. The house was on a cul-de-sac and nearly everyone who lived there was involved in the entertainment industry in some way. There were a couple of construction guys who built sets on movie lots, a woman who was a professional shopper (if you can believe it) for doodads and accessories used on TV and movie sets, a writer for King of the Hill, and a full-time employee of Adam Sandler. Everybody had kids roughly the same age and they all played together, which was pretty cool. A couple of times per year we’d put road cones at the end of the street and have a big drunken block party.

That was the best part of the California adventure — our little neighborhood. However, there were problems there, too. For one thing it was always hotter than the devil’s peehole. Some days it would get up to 112 or 114. Insane! And there were all sorts of scary-ass creatures out there, like bizarre snakes and coyotes and prehistoric-looking birds that could swoop down and carry off a toddler or maybe even a Ford Festiva. Our garage was loaded with black widow spiders, and so were all the neighbors’ garages. I mean, WTF?? That’s far from ideal. But it was a neighborhood built in the high desert. What could go wrong?

Toney and I both worked in Burbank, at WEA Home Office: 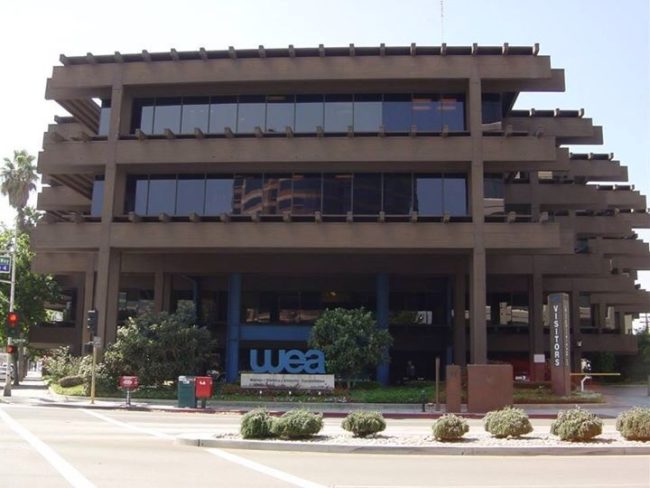 I liked and admired the people I worked with, but the job wasn’t great. It was a giant music company, but we could’ve been selling umbrellas or light bulbs or underwear and wouldn’t have known the difference. When I worked for the same company at the Atlanta branch it was a party atmosphere, closer to what you’d think working for a record company would be. But home office? No. Just meeting after meeting after meeting. So freaking corporate… I didn’t care for it from the start. I liked the fact that the building was located directly across the street from the main gate of Warner Bros. Studio, and we had access. So we had lunch at the commissary many times. Or just walked around and checked things out. I encountered several celebs over there, including George Clooney, Drew Carey, and the entire cast of Friends.  That was undeniably fun.

An interesting bit of trivia: My direct boss at WEA home office had previously been in a band that was very popular in New England, that opened for the Rolling Stones on their 1965 U.S. tour(!). He’s the one on the right in this picture. He was great, one of my favorite bosses. Check out this song they recorded in 1964. Pure awesomeness. 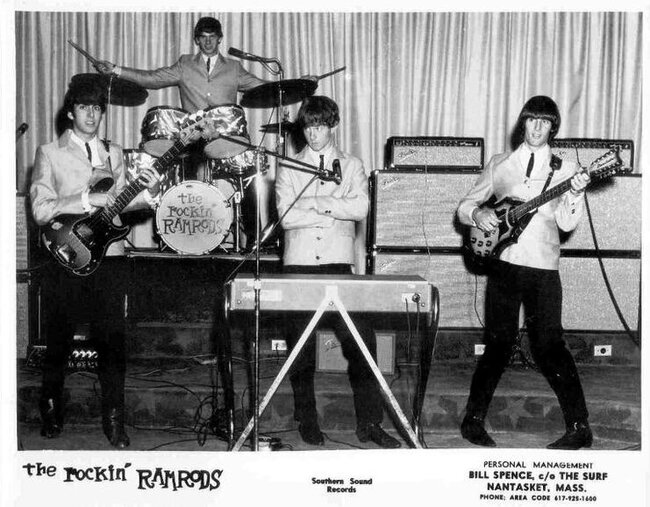 Also, Toney was pregnant for most of that year with our second kid. She was working on a plan to leave WEA and start an in-home daycare business, which required tons of preparation, insurance policies, background checks, etc. This was a way to stay at home with the two younglings, and still have some income. I had to undergo an FBI background check myself, and submit to fingerprinting and all that jazz. Our second son was born in November, and she ran that daycare until we left in early 2000. It was horrific. Our home was transformed into a sustained-cacophony diaper and booger hut. I don’t think the 2021 Jeff Kay could handle that level of noise and chaos. But, you do what you gotta do. Right?

Here’s a picture of our two boys, a couple o’ years later, out yachting. The 1998 boy is waving at you guys. Say hello. 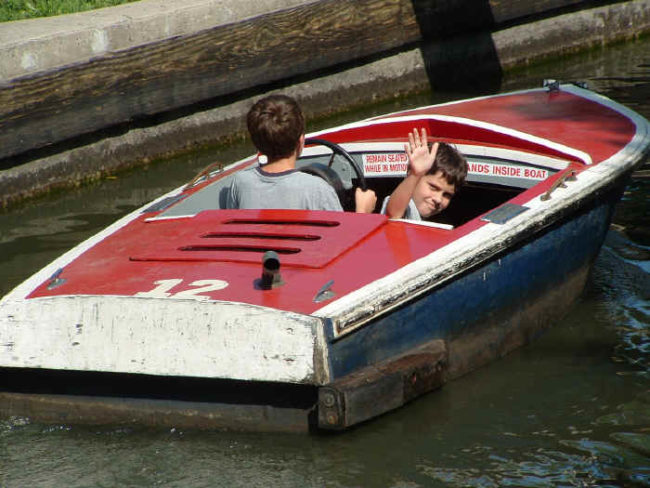 What were you up to in 1998? I was under a lot of stress that year, and walked around with a sphincter so cinched-off you couldn’t have fed a straightened paper clip through it. But, we were on an adventure and the adventures are what make life worth living. What do you have on this one? Please tell us about it in the comments.

And I’m calling it a day, my friends. Have a great one.