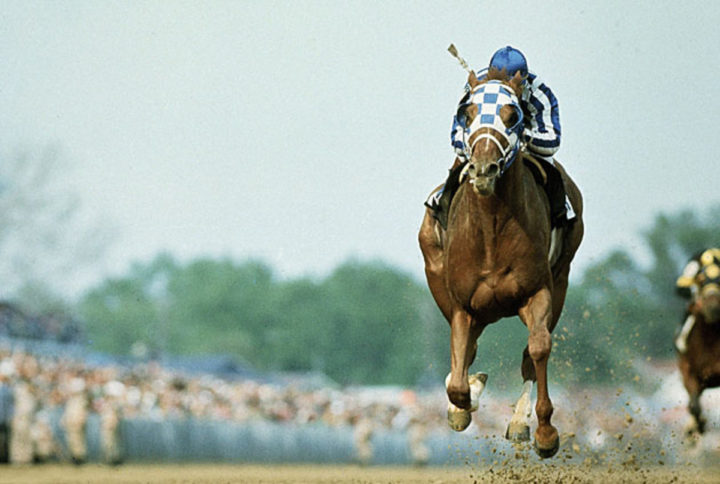 My plan, when I started this one, was to share one insane story from each of my main jobs throughout my life. But I quickly realized that it would translate into 10,000 words or something ludicrous. So, I’ll just do the West Virginia jobs — the stoopid early ones, when I was young, Jiffy-Popped, and adrift. Please feel free to adapt as you see fit, and share your stories in the comments. I attempted to come up with stories that were truly crazy, but for each job I could likely come up with five more. Hopefully I chose the right ones? Let’s get to it, shall we?

One day I was doing the route and my friend Steve was with me. We saw some guy hide something in a space between two buildings on 16th Street. He kept looking around, all nervous and twitchy. After he disappeared we walked over there to investigate, and found a brown paper bag with a porno magazine inside. We were maybe 12 or 13 years old and had seen Playboy and Penthouse and things like that. But this was something far sleazier and way more graphic. We began flipping through it and it was grotesque. It made me want to go home and pet my dog, talk to my grandmother, or engage in some other wholesome activity. But we couldn’t look away. Finally we turned a page and there was a GIGANTIC close-up of a terrible vagina. I mean, we had no real frame of reference, but this thing was larger than life and… and something seemed off about it. After a split second of stunned silence both of us began howling in protest, “Oh God! Look at that thing! Look at it!!” It was like a monster. Or a zoomed-in plate of three-cheese manicotti or something. It was not erotic in the least, and seemed exploded and damaged. For some reason I think the magazine was German, but I’m not sure about that. We put it back in the hiding spot, and it wasn’t there the next time we looked. I was secretly relieved, but pretended to be disappointed and shouted, “Dammit!”

I was on the overnight shift one evening, working by myself at the foot of the Dunbar Toll Bridge. I was out in the booth, probably looking at a book or magazine, when I heard the office door slam. What the?! It was probably 2:30 am… and somebody just went into the office? <Gulp> This was no good. And like some idiot in an ’80s slasher film I went to investigate. As I opened the door I remember my heart hammering in my chest, not knowing what I might be walking into. And inside the storage room I found a middle-aged woman in a fancy dress sitting on a large case of toilet paper. She was completely smashed. I asked if I could help her and she said she was waiting on Charlie, or some name like that. She was so drunk she could barely talk. I told her there’s nobody else around and she couldn’t stay in there. So she got up and began teetering down the middle of 10th Street on the sides of her shoes. After about 30 yards she turned, raised both middle fingers and shouted, “Fuuuuuuck you!!” Then she disappeared into the night.

One day a woman came in, filled a cart with groceries, placed a nickel in the front windowsill, and walked out the front door without paying. One of the managers, a guy named Skeeter, rocketed out of the elevated big-shot stand and went after her. He brought her back into the store, and began talking to her in the frozen food aisle. By this point a few of us had gathered round to see what the hell was going on. Skeeter asked her for an explanation and she was highly agitated and kept mentioning “kumquat money.” We all just looked at each other in confusion, but it apparently had something to do with the nickel she’d tried to leave behind. Skeeter said he had no idea what in the sweet and sour shit kumquat money is, and ordered somebody to call the police. That’s when things moved into a different phase. The woman — a large black lady, roughly 30 years old — let loose with a crazed shriek, and threw a roundhouse punch that connected squarely with Skeeter’s jaw. We tried to intervene but she was going wild and screeching like a mountain cat. She got Skeeter in a backwards bear-hug, and began spinning him round and round. Skeeter’s tiny feet were bicycling wildly, and he had a look of pure terror on his face. We finally got them separated and the police arrived moments later. They asked her for a name and she said it was “Secretariat.” I don’t know… Like with the German vagina referenced above, something was clearly askew here. I think the woman was suffering some kind of mental health issue, and I’m fairly certain the store opted not to press charges. But Skeeter never heard the end of it, and his prodigious mustache would twitch in agitation every time someone brought it up.

I worked the overnight shift at this place as well, always with another person. One hardened redneck gentleman I was often paired with had some kind of personal issue with a guy on the 3 to 11 shift. Who the hell knows why? It was probably stemming from an argument about snuff or aftermarket mufflers. But he was stewing and grousing about this person for several days, vowing eventual hick revenge. And one day he came in snickering with excitement. I asked him what was going on and he showed me a large three-pronged hook. “You’re not going to kill him, are you?” I asked. And he just snickered like Muttley again. Later that evening, after the owners went home, he told me his plan. At the end of each shift the cash registers are zeroed out, a report is printed, and most of the money is placed inside a bank bag. And that bag is shoved through a mail slot in the locked manager’s office door. He was going to feed that hook and some fishing line through the mail slot, grab his nemesis’s bank bag, remove a hunk of cash and put it back. Then the guy would presumably get into trouble, and maybe even be fired. I just stood there blinking real fast, amazed by his sustained hatred and ingenuity. He went to work and it took a long time. At one point he emerged in a state of panic. He said he’d snagged a desk chair and couldn’t work it loose. The chair was now pulled all the way up against the door. I shrugged, having no suggestions for him. He went back and eventually came strutting out with the evening shift’s bank bag. He sat down behind the checkout counter, in a state of triumph, and began counting the cash. He pocketed more than $100, but some odd number like $116 or $133. Something like that. He asked if I wanted any and I told him no. So he put it back through the slot, and walked around with a glow of victory the rest of the night. I asked him about the desk chair and he said he’d shoved a broomstick through there and moved it back near the desk. Now, all there was to do was wait for the fallout. The guy’s drawer was now a complete disaster. This was going to be great! And yeah… not a word was ever said about it.

Like I said, I could come up with several other stories for each of those ridiculous jobs. But I hope you enjoyed the ones I chose. If you’d like to share one crazy story from one, some, or all of your jobs, please use the comments.

I’ll see you on the podcast side o’ things, and in the Friday email. Sign up here if you haven’t.

Have yourselves a wonderful week!

UPDATE: I told an alternate story from the four workplaces listed above on the latest episode of the podcast. Check it out here.