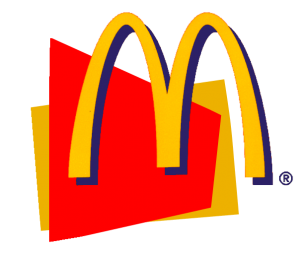 I was in McDonald’s on Saturday, during my lunch break at work, and decided to try one of their new Quarter Pounders with Extra Shit. I’m pretty sure that’s what they’re calling the promotion.

I opted for the “deluxe” version, which is basically a regular Quarter Pounder with lettuce and tomatoes added. They also have one with bacon, and another with some sort of novelty mayo. And funk dat. Mayonnaise is blecch.

Oh, I can handle it in very small amounts. But most people seem to enjoy the ooze, if you know what I mean. I hate the ooze, it makes me almost physically ill. Shiny white fat moving in every direction, with each bite? You can count me out. It reminds me of pus in an open wound. 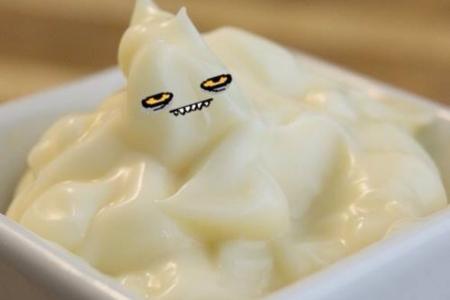 I also don’t like pickles in a fast food setting. They’re all horrible, and dominate the taste. They can pound their pickles, deep.

So, I ordered my burger with no pickles, very light mayonnaise. I usually don’t like to make special requests at McDonald’s, but it’s becoming less and less of a conveyor belt situation, so I’m starting to do it a bit.

And the photo below will give you an idea of what I was served. Bastards! Even after I raked the bun, there was way too much mayo. And, of course, they ignored my request for no pickles. This is standard. 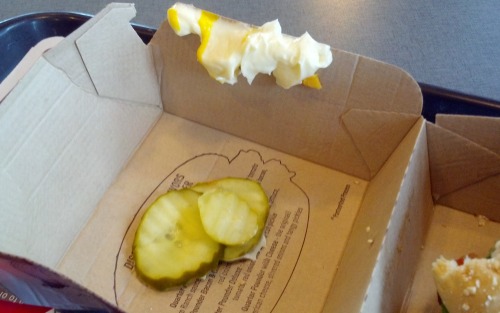 Oh, the pain I’m forced to endure… Now I know what it must’ve been like on the Bataan Death March.

The burger wasn’t even very good. The meat has no flavor. Ya know? The toppings are the only thing you can taste.

Below is the best thing currently being served at McDonald’s. Without the ranch dressing, of course. Ranch is far too… mayonnaise suggestive. Sure, a wrap is a little effeminate, but what’s it matter at this point? Total masculinity is a ship that sailed many years ago. 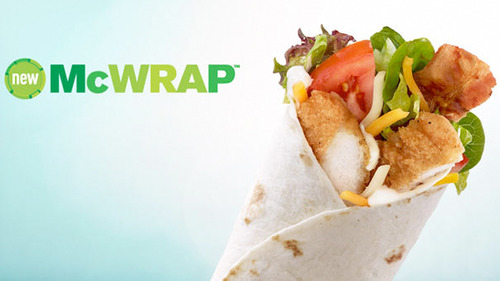 Am I wrong? What do you think are the best things at McDonald’s, in 2013? I don’t venture too deep into the menu. Am I missing anything good? Please help me out. And don’t bother with the “nothing” answer. We get it, you’re sophisticated: a true hero. Sheesh.

Hopefully I’ll be back tomorrow. I’ve got something going on, though, and it’s making me freaking crazy (go figure). I might have to deal with it tomorrow morning. Of course I’ll tell you about it as soon as possible.