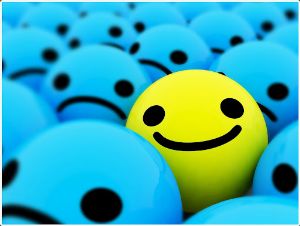 Yesterday I began wondering if I’d been conceived on the wrong side of the bed.  I woke up furious, and was somehow able to maintain it for most of the day.  I wasn’t making a conscious effort in that direction, mind you, but the anger usually fades; I don’t generally hang on to it for extended periods.

But when I went to work (hours after I’d gotten out of bed angry) I saw that a pen was missing from my desk, and almost lost my shit over it.  “Every day!” I roared, like a maniac.  “Every single day I come here, and someone has taken things from my desk.  This is not a commune!  PEOPLE NEED TO KEEP THEIR BOOGER-HOOKS OFF MY STUFF!!”

I’d had enough of the drudgery, where every single (groundhog) day is exactly the same.  I hadn’t had a day off in a long time, and the whole world was pissing me off.  But, after an hour or two I settled into it and things got slightly better.  By midnight, though, I was physically exhausted to the point of almost needing to barf.

I was given the option of working this weekend, and was considering it.  But following my unstable Wednesday, I decided to decline.  Unless I receive an emergency phone call, I’ll be off until Sunday afternoon.  And it’s a welcome break.  I was starting to feel like one of those Chinese women who live inside in the iPhone work camp.

This morning I got up and polished off half a pot of coffee, while monkeying around on the internet.  Then I started to write this update, but my heart wasn’t in it.  So, I went out for a while.  I have very little interaction with the real world these days, and just a quick walk around Sam’s Club feels like a Myrtle Beach vacation to me.  It’s a sad state of affairs.

I had lunch at Moe’s, and my Joey Bag o’ Donuts burrito was expertly rendered.  The ingredients were distributed evenly, and there was nothing dripping out the bottom, or anything of the sort.  I wanted to give my regards to the “chef,” but she was a 17 year old hipster girl with an edge, and I knew she’d just stare back at me with silent contempt.

Then I went to Best Buy and purchased the new Van Halen CD.  I can’t remember when I last bought an actual compact disc, but it’s probably been a year.  Maybe more.  I started feeling a bit nostalgic as I removed the shrinkwrap, and peeled off the topspine sticker.  Ahhh… sweet memories.  The only thing that could’ve made it better would’ve been a cardboard “longbox.”

I decided to buy the CD, because Best Buy has it for $9.99, which is roughly the same price as the download.  And I can easily play the disc in my pre-iPod-era car.

I went in there prepared for the litany of questions a Best Buy cashier will unleash on yo’ ass.  They always want to know my zip code, my email address, if I want to buy magazine subscriptions(?!), if I have a Best Buy card, etc.  It’s almost as bad as the post office.  But I only got the Best Buy card question, and a half-hearted follow-up on the same subject.  She could tell I was in no mood for an interview, so the script was quickly abandoned and I was sent on my weirdo way.

As I peeled my disc beside the trash can outside the front door, I thought:  “Huh, an old fashioned jewel case, too.  I bet it would’ve been a pretentious digipak if Sammy were still in the band…”  And I stand by that assessment.

I’ve only listened to half of it once, and it sounds pretty rockin’.  I’m an unapologetic fan of the David Lee Roth-era Van Halen, and was looking forward to this album.  I will be living with it over the next few days, and will let you know my opinion next week.  Do you have one yet?  An opinion on the record, I mean?  Tell us about it in the comments.

And you know what else I’m kinda digging?   The new show called Alcatraz.  It’s admittedly not the greatest thing in the world, but it’s entertaining and we all four watch it on Thursday nights.  I’m not sure what night it actually airs, but it’s always on the DVR waiting for us, every Thursday.

Are you watching Alcatraz?  Any thoughts?

And on that note… let’s go with a positive Question of the Day.  In the comments section, please tell us what’s making you happy these days.  What’s your escape from the drudgery, in February 2012?  Please bring us up to date on it.

And I’m going to go make a salad now, to go with dinner.  Then I’m going to put on my “fat pants,” free-fall into a couch, and start workin’ the remote.  Yes, there’s nothing like decompression…