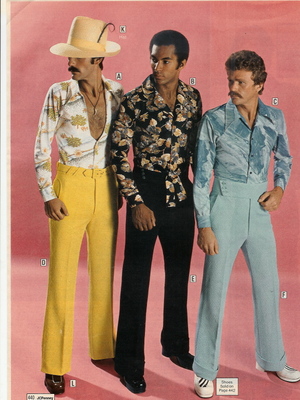 Thanks to everyone who has already pre-ordered a shirt or two. It’s interesting to see that both designs are popular. I thought one might be preferred over the other, but I have almost exactly the same number of orders for each. It’s still early, but they’re running neck and neck (whatever that means…). Which one do you think will come out the winner in this sweepstakes o’ decorative torso coverings?

I sent out a message a few minutes ago, to the Surf Report mailing list, about the t-shirts. How long do you think it will be before someone complains? It’s amazing to me how people sign up for a mailing list, then bitch when they receive an email. It didn’t used to happen; this is a fairly new phenomenon. The last one was just a recap email, about recent posts at the site, and several people were irritated by it.

On Sunday I was driving to work, listening to Clive Bull live from London, through my car speakers. I hooked my phone up to the stereo, and it played perfectly. Not once did it disconnect, or quit working. Shit like that still amazes me. It wasn’t an mp3. It was a live broadcast from England, and I was listening to it in real time, in my car in Dog Balls, Pennsylvania. Cool as hell.

A couple of months ago I saw something on Reddit (I think), where they were talking about the things from 2013 that would be hard to explain to a time traveler from 1975. I think we did that subject here once, and fully suspect they ripped us off. I mean, that’s the ONLY plausible explanation, right?

Anyway, one of the answers made me laugh. It was something along these lines: We all carry devices in our pockets that can access all knowledge and information in the world, but we use them to play games and insult our friends. That’s pretty great, and true.

I don’t think my kids are as amazed by technology as I am, because they grew up with it. When I was young we had rotary phones, needed to watch TV shows when they were actually broadcast, and got our music via large, spinning vinyl platters.

I know we’ve done this subject before, but it’s a good one. Plus, I’m running late for work. I need to go.

In the comments section, please tell us what you think a person from 1975 would find amazing, if he were teleported to 2013. And vice-versa. What do you think kids from today would think about 1975?

Please help me out with this one, my friends.

And I’ll see ya again tomorrow!