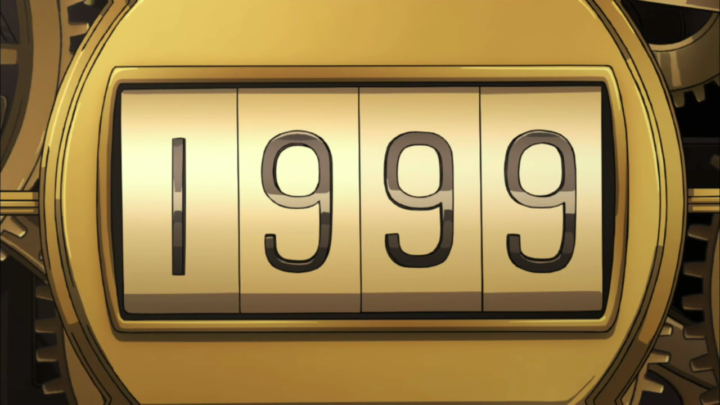 That’s the day I registered this domain. A little over 22 years ago! Is that not crazy? For the record I wanted wvsr.com, which was taken, even back in those early internet days. And not by a radio station, either. Those guys are still chugging right along too. Godspeed, split rail folk! So, I had to put “the” in front of it. It’s not ideal, but it worked out OK. I guess. People get confused by it and the letters get all jumbled. It’s not perfect, that’s for sure. If I had to do it all over, I might’ve put a little more thought into it. …The story of my life.

Somehow I registered jeffkay.com exactly one year later, to the day. I’ve never done anything with that domain, except tie it up so some other Jeff Kay can’t have it. Years ago I received occasional inquiries from random Jeff Kays around the world, asking if I’d be interested in selling it. But that hasn’t happened in a long time. I guess the collective Jeff Kay realized it’s a lost cause?

I have some other domains, but those two are the oldest by far. I mentioned on the podcast that I recently secured adsvsreality.com. I’d been trying to get that thing for years, maybe a decade. It was owned by some company that was trying to flip it for profit. But eventually they dumped it, and I swooped in. I have a few others I’m watching, and hoping to do some more swooping in the near future. Oh, I’m out there… lurking. Always lurking.

The early days of this website was maintained with a program called Microsoft FrontPage. It was good for its day, but was eventually outdated. And yet I kept using it, way past the outdated date. In August of 2008 I finally started using WordPress, which is what I’m still using. Here are some stats covering the WordPress era: 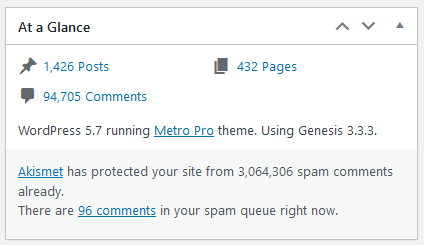 Akismet is a so-called plugin that does a great job of filtering out comment spam. Without it, the site would be inundated with “comments” about making money at home, boner meds, etc. Over three million of them blocked, and counting. Also, we’re coming up on 100,000 legit comments. Pretty cool, huh? And 1426 posts. That’s a lot of nonsense, right there.

In any case, do you know what you were doing around March 9, 1999? I don’t expect you to know anything about that specific date, but just in general.

We didn’t know it yet, but were nearing the end of our run in California. During the second half of ’99 I was approached by Warner Home Video about possibly moving to Pennsylvania and taking the Field Operations Manager position. But in March none of that was happening yet. We were just living in the desert out there with the spiders and snakes and bees, and scary-ass swooping birds. And I was working in Burbank at WEA home office (RIP). We now had two boys: the older was about to turn three years old, and the younger was about four months. Money was tight, but we were getting by. Toney was running a fully-licensed and registered in-home daycare. Which sucked it with gusto. I think I was hanging around with Mark Maynard around that time, and he probably inspired me to register the website name. It looks like his was registered in May of 1999, so that makes sense.

What about you? What were you up to in March of 1999, or thereabouts? Please tell us about it in the comments.

Before I call it a day here I’d like to invite you to sign up for the resurrected mailing list, if you’re so inclined. Every Friday I send out a recap email to subscribers, and I think it’s pretty good. If you’d like to get in on that deal, sign up here. I don’t think you’ll be disappointed. And if you are? Just unsubscribe.

And I hope we all have a great weekend! I’m going to include myself this time. Is that so terrible?!