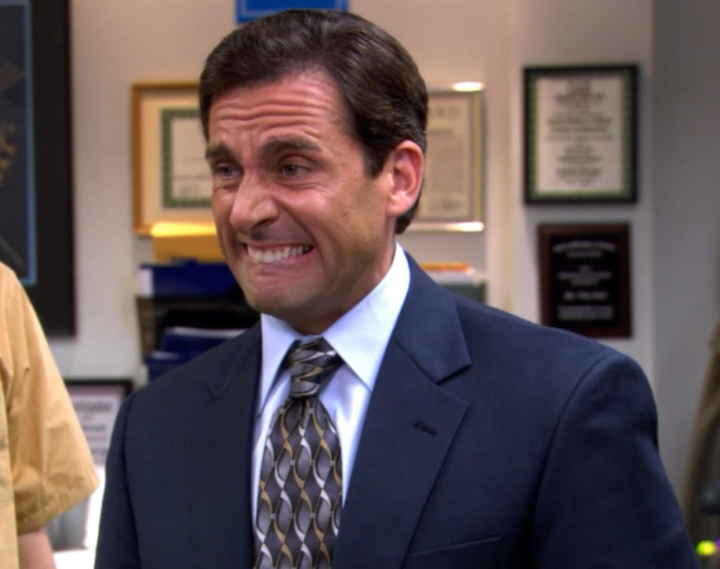 Toney and I were talking about sounds that drive us crazy yesterday. I have a bunch o’ them, and so does she. However, they don’t overlap much. And she thinks my list is ridiculous, while hers is perfectly logical. It’s funny how that works, right?

She says for her it’s all “human” sounds. Including, but not limited to the following:

I also cannot stand the first two on that list, especially the lip smacking. It’s one of those things that almost makes me angry. Was there no home training? How was this atrocity allowed to continue deep into adulthood?! My parents would’ve put an end to that shit long before it was allowed to metastasize. Hell, some people seem to have a mouth with perfect acoustics to accentuate the noise and project it into the room. Like a tiny Hollywood Bowl with teef. I’ve attempted to re-create the impossible volume of random people eating chips and salsa in Mexican restaurants, and can’t do it. Not even if I really go for it and risk a catastrophic chip laceration.

But I also have others that Toney believes are ridiculous.

For instance… the sound of someone talking through a walkie-talkie almost makes my brain explode. I don’t know why. I think it’s just the shrillness of it, and the unnecessary high volume. I’m almost certain you can adjust the volume up and down, right? Why are they always — without exception — kept on the LUDICROUS setting? Also, walkie-talkies are not telephones, you shouldn’t be having full conversations over them. Grrr… I’m getting annoyed just writing about it. Whenever we’re in Sam’s Club or Home Depot, where the employees all carry those things, I’m about to crawl out of my skin. And Toney doesn’t seem to even hear it.

Also… somebody dragging a chair across a tile floor. If you have to move it, pick the thing up and set it back down. We were in a brew pub a few months ago, with the unfortunate name Wallenpaupack Brewing Company, and it was like a school cafeteria in there. It was huge and cavernous, with tile or linoleum on the floor. Everybody kept dragging and shoving their metal chairs, and causing loud scraping noises. I was shouting, “Seriously?!” It was nothing short of maddening, and Toney… nothing. It didn’t even register with her. Amazing. But if somebody had been across the room tapping their foot, it would’ve been a different story.

Another one that makes me crazy: incessant beeping, like on heavy machinery or a forklift or whatever. It can go on for a limited amount of time and I roll with it. But at some point a threshold is crossed and I flip my lid. It’s like Chinese water torture. STOP IT! MAKE IT STOP!! I’LL BURN THIS PLACE TO THE FUCKING GROUND! And Toney doesn’t even notice it.

Sometimes it goes the other way, but not often. The most obvious example of that was when Andy, the king of dogs, was still with us. Any kind of noise he would make with his mouth made Toney lose her mind. Like if he was drinking water “too long,” or licking his ass or wiener or whatever dogs are always doing. I sincerely didn’t notice any of it, but she could seemingly lock in on that crap from a different floor of the house. Sheesh, I’d say. What a kook.

What do you have on this subject? Which sounds cause you to wince and grimace? Bring us up to date on it in the comments. Any unique ones? Anything out of the ordinary? I’m interested to read all about it.

And before I call it a day here, I have a few links to share. Some friends o’ the site and podcast have some cool projects going, which I want to alert you guys to.

Producer Zipp does a hilarious podcast with his friend Bob, called No Redeeming Qualities. Every year they produce counter-programming to Shark Week, and do a series of shows about a different animal. This years it’s the walrus, and here’s some info about Walrus Week. Good stuff! You should definitely check it out. Also, they asked a local band (they’re in Houston) to create a brief Walrus Week jingle, maybe 10 or 15 seconds long. And the band, called Dompston Checks In, came back with an amazing full-length song, which you can hear right here. Do yourself a favor and crank it up!

Also, my old Peaches Records & Tapes buddy Eugene has a great new(ish) podcast called Wheeler’s Dog — which is a super-obscure Green Acres reference I’ve learned. Eugene is a funny guy and his podcast is really good. He takes a similar approach to it as I do in mine — reacting to things that happen in our everyday lives. But with his own unique Eugene point o’ view. The podcast is available everywhere, and I recommend it. Check it out.

And I’m calling it a day here, my friends.

I hope you’re doing well out there.