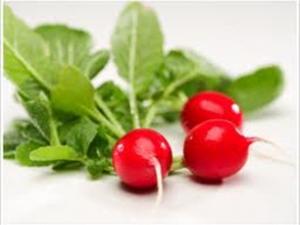 Notice:  This part of today’s update was not written by Jeff, it was generated by the WVSR Excuse Engine.  Your corpulent correspondent apparently forgot to set his alarm again last night, and went snoozing right on through to noon.  His first word of the day:  Goddammit!  It was pretty funny, to tell you truth.  He’s a big doofus, constantly exasperated; it’s hilarious to watch him stumble through life.  Anyway, this notice is to explain why today’s update will be brief, and probably not very good.  Shocking, huh?  Excuse Engine out.

Hello Surf Reporters!  This one’s gonna have to be a quickie, for various reasons.  So, let’s get right to it.

Last night I saw a man eating a freezer bag full of radishes.  It was a huge sack of the things: maybe thirty or forty good-sized radishes.  He had a knife, and was cutting them in half, then arranging them on a paper plate.  Then he put salt on ’em, and went to town.

A few years ago there was a guy at my current job who was a pumped-up weightlifter, and he carried around a sack full of egg whites.  Whenever he broke the seal on that baggie, it smelled like we were literally inside an ass.  I was new to the job, and didn’t feel like it was my battle to fight.  But I wanted someone to put a stop to that nonsense.

It was disgusting, and he would slurp the slimy things into his mouth, and make a noise every time.  I get a full-body shiver, just thinking about it.  Thankfully, he got another job shortly after I started, and I’ve never seen him again.

In the comments section I’d like know about the weird stuff your co-workers eat.  Do you have anything on this?  I hope so, because I’m relying on you guys to take up my slack.

There was another guy at my current job (now gone, as well) who used to eat tightly-compacted spaghetti every night.  Well, maybe not every night… but often.  He’d put it in a butter bowl, and there must’ve been five pounds of pasta hyper-mashed into that thing. It was a small bowl, but he kept forking spaghetti outta that bitch for a full hour.  It was amazing, like something from a magic show, or a circus.

And I need to turn it over to you guys now.  I was ten minutes late to work yesterday, and don’t need to repeat that today.

But before I go…  Following my break last night I stopped by the baffroom, and as I was coming out of there, I heard someone say, “Radish?”  The guy was brandishing his paper plate at me, and I thought, “Hell, why not?”  So, I ate one, and it was good.  Just thought you’d like to know.