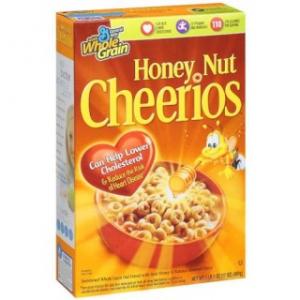 I worked last night, on my usual day off, and (are you ready for this hilarity?) thought I might be able to get out of there around 9:30.  Isn’t that a classic?  Yes, I’m chuckling down the front of my Chick Magnet shirt as I type this…

And as I was pulling into our driveway at 3:00 this morning, I saw that the garage door was open – again.  It’s one of those little things that never fails to infuriate me.  I’d say 50 percent of the time, our garage door is open when I come home from work in the middle of the night.  And no amount of ranting or bitching stops it from happening.

I just don’t understand.  Clearly, there’s not a problem OPENING the garage door, but when it comes time to CLOSE it… there’s a different set of circumstances.  And all three of them – Toney and the boys – act like it’s no big deal, like I’m just making a mountain out of an ass zit, or whatever.  We’ll see what they have to say when our lawnmower and everybody’s bike gets stolen.

So, I was grumbling under my breath as I entered the house, and Andy greeted me at the door.  He’s the worst-smelling ray of sunshine in my life.  I petted him, and told him to hang on a minute.  I needed to drop my keys and iPod and stuff, before his late-night yard dump could commence.

And in the kitchen I spotted a giant box of Honey Nut Cheerios, with the top and inner-bag gaping open.  What the hell, man??  That thing probably cost five dollars, and was just sitting there, going stale.  Even if it was some shitty cereal, like Kaboom, you wouldn’t just leave it open like that; you wouldn’t just walk away.  I began mumbling profanity, secured the bunker buster of premium breakfast cereal, and tended to Black Lips Houlihan and his shitting needs.

After that was over… we came back inside and the hound started prancing around his food bowl.  He wanted more poop fuel, so I went to the bin where we keep it.  EMPTY.  There was no food whatsoever, and I’d mentioned it several days before.  “Andy needs food, next time you’re at the store,” I’d said.  But he had none.

So, I put my shoes back on, and went to the all-night grocery store across town.  I might have said a few more of the bad words while I was driving.  A woman in a wheelchair was sitting outside the front door of the store, smoking like a Chinese factory. “Good morning,” she said, in a terrifying Babe Ruth-at-the-end rattle.  “How are you?” I answered, before a coughing fit took hold of her.

I always get an anxious feeling when I’m in a grocery store in the middle of the night.  The stockers are usually working, you see, and it reminds me of my years doing that terrible job, in North Carolina.  It’s worse than you might think. If you’ve ever done it, you know.  The sounds and the smells… it all takes me back, and my anus flexes.

Andy gobbled down a big serving of Kibbles ‘n’ Bits, and I reminded him (once again) that if it wasn’t for me he’d be a dog skeleton in the living room floor.  I have no doubt he’d been prancing around that bowl during the evening, and nobody noticed.  It’s a sad state of affairs.

This morning the cable guy was supposed to come – sometime between 10:30 and 11:30.  Toney gave them my cell phone number, and they were going to call when they were on their way.  But there was no call, some guy just showed up around 11:10.

Service to our upstairs TV stopped a few days ago, and Toney went to the Comcast place in the mall and traded cable boxes.  It did no good, so they sent out The Man.

Andy barked like a maniac when the van pulled into our driveway, then got scared.  As the guy was messing around with a sensor of some sort, the dog jumped on my lap and sat straight up.  He’s no lap dog, so this was unusual behavior.  And it was weird that he wasn’t lying down, he was sitting bolt upright.  On my lap.

The guy took care of our problem, within a few short minutes.  For some unknown reason that “port” had been turned off.  It wasn’t authorized to receive any channels, at the same time our downstairs TV was working perfectly.  It seems like something they could’ve handled over the phone…  But who the hell knows?  He fixed it, was fairly pleasant, and sped away.

After he left, Andy jumped down and began a sniffing campaign that lasted for five full minutes.  He got a thorough reading of every surface the guy had come in contact with, was eventually satisfied with his findings, sighed loudly, and went to sleep.

I went to Moe’s for lunch, had a Joey Bag o’ Donuts burrito (or as we regulars call it… a Joey), and now I’m at the library tapping out this update.  Almost exactly 24 hours after this grand adventure began.

What were the highlights of your last 24 hours?  Please tell us about them, won’t you?  Use the comments link below.

And here’s something I uploaded while waiting on the cable guy this morning…  It’s from 1848.  Pretty weird, huh?

I’m calling it a week, my friends.  I’m spent.  I’m going to watch Revolution, Tosh.0, and South Park tonight.  Then I’m going to bed.  Good god.  I feel like Sean Penn has beaten me with a pillow case full of Coke cans.

Now playing in the bunker
Treat yourself: ninja grappling hook!