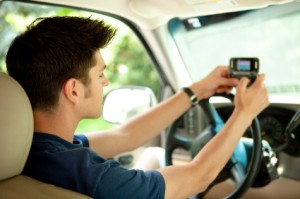 Last night it was raining ice.  I was at work — even though I live forty miles away, and many, many assholes who live around the corner called-off — and ice was pouring from the sky.  One woman went outside on a break, and wasn’t able to get her car door open.  It was a Corolla in amber.

A few people from my department cried uncle around 9:30 and went home.  It was raining balls of ice…  I was becoming a bit concerned, but stuck around.  I’d been rolling my eyes at all the weather talk earlier in the evening, but not anymore.  Weird shit was happening outside; everything was encased in a thick layer, and the layer was getting thicker.

Another four people from my department asked if they could leave at 11:00.  I’d already told everyone they could go, at any time.  I didn’t want one of them to do a 390-degree spin into the river or something.  So it was down to a skeleton crew of me and four others.

I took a break around 11:15 and walked outside.  And it was ridiculous.  It was pouring solid raindrops, and you could hear them pounding the cars in the parking lot.  Lots of really fast and loud ticking…  I walked over to my Toyota, and the windows looked like a shower door.  I almost fell on my ass walking back to the building, and that finally convinced me to get outta there.

I gave The Four some vague direction, and hit the highway.  And it was slicker than the proverbial cat shit on a marble floor.  Whenever I encountered an uphill grade, my front wheels did a few more rotations than was necessary.  I didn’t much care for any of it.

The interstate was almost completely abandoned, which is unnerving.  On the radio they kept reminding everyone not to travel, unless it’s absolutely necessary.  And it felt like I was on my own out there.  Occasionally a tractor trailer roared past at an outrageous speed, or I caught up with someone traveling at 15 mph with their emergency flashers on.

Twice during the white-knuckle journey I saw flashing lights, and emergency crews trying to help someone who’d completely left the highway.  What the hell, man?  Apparently “adjust your speed” is not a familiar concept to some folks?  One guy was DEEP in the woods.  Wotta douche.

As I was heading uphill toward Montage Mountain, I thought a situation was developing.  For a few seconds my car began traveling at a one o’clock trajectory, and my sphincter took it up another notch.  But it was only a brief episode, and everything quickly returned to normal.

After I arrived home (finally!) I walked through the foot-deep snowpack in our front yard, because the driveway was a sheet of ice, and I didn’t trust the sidewalk, either.  I had visions of myself, head and feet fully inverted, one second before crashing to the ground and my pelvis turning to dust.

I went inside, grabbed a Yuengling from the fridge, and let Andy out to do his middle o’ the night dump.  He went hard-charging through the front door, as normal.  But by the time he’d reached the middle of the yard, he had a “what in the everlovin’ hell??” look in his eyes. Then he slung some urine, and sprinted back to the porch.  There would be no leisurely dump on this evening.  ‘Cause hard things were falling from the sky.

Tonight probably isn’t going to be a walk in the freakin’ park either, but I can’t imagine it being worse than last night.  I guess we’ll see, won’t we?

How was your ride home from work yesterday?  What was the most interesting thing that happened?  Usually I could answer that question with “I dropped a full Pop-Tart, and it somehow ended up all the way underneath the gas pedal” or something along those lines.

If you have anything on this highly questionable Question, please use the comments link.

And tomorrow I’ll tell you about some disturbing news Toney told me this morning.  Facebook gossip… about some people we used to know in Atlanta.  Well, it’s disturbing to me anyway.  I have weird reactions to things.

See ya then.  Have a great day!