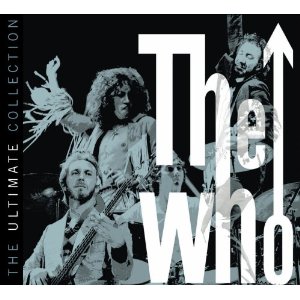 It is being reported that Pete Townshend and Roger Daltrey will be embarking on a world tour in 2011, under the name of their former band, The Who.  Of course, half of the original members (Keith Moon, John Entwistle) are now dead, so it feels like a bit of a cheat.  But whatever.

I’ve never seen The Who perform live, but I sometimes like their music.  You know, when the mood is right.  Pete Townshend is a great songwriter, and an interesting character.  I have many of their albums on vinyl, but had largely lost interest by the time the compact disc era kicked-off.  I think I only own Who’s Next on CD.  I keep meaning to buy more, but never get around to it.

I do, however, have a longstanding fondness for the album Townshend recorded with Ronnie Lane, called Rough Mix.  It’s a great one, and I’ve been living with it for years.  Highly recommended.

So, you see, I’m not a Who Whater, just skeptical about yet another mega-tour, under the circumstances and at this late date.  I mean, seriously.  Both Townshend and Daltrey are pushing 70.  Hope I die before I get old?  Shit man, you’re lucky a genie wasn’t around when you first made that statement.

And all this got me to thinking… wonder what demands will appear on the contract rider for The Who World Tour 2011?  Maybe you guys can help me compile a list of possibilities?  I’ll get the ball rolling, with a few of my guesses, and you can take it from there.

Now it’s your turn.  What do you think will be the special requests listed in the 2011 Who World Tour concert rider?  Use the comments link below.