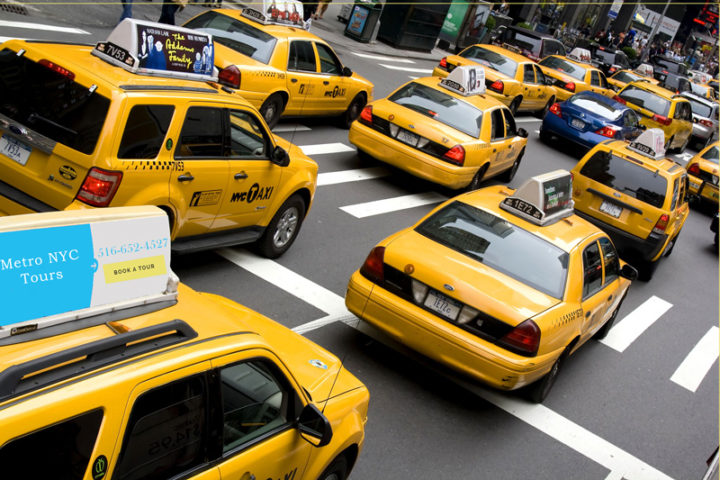 We went to New York City on Thursday, and it was a great day. The weather was perfect and everybody was in a good mood. All at the same time. And I can’t tell you how rare that shit is… It’s nothing short of miraculous.

I drove my little wind-up car, that, for the record, was a big mistake. I should’ve never bought that thing. I got a little too clever with it. I told myself I wanted something small with all wheel drive, to better facilitate my 40 mile commute to work. Yeah, it sounds good on paper. But that thing is incredibly uncomfortable. I always feel like I’m sitting on a plastic laundromat chair going down the highway, and usually develop a bad case of Phantom Ass Syndrome around the 30 mile mark. And on the rare occasion when all four of us have to go somewhere together, it turns into a full-on tragicomedy. I’m gonna dump it soon, very soon. Big mistake.

Anyway, we made our way to a Park ‘n’ Ride in Secaucus or somesuch, and took a bus into Port Authority. Then we jumped into a cab, almost on a whim, and went to the Greenwich Village area. We had Chinese for lunch, which was excellent, and walked around for several hours. The boys wanted to visit Bleecker Street Records, but it’s out of business. Crazy! That place is legendary, and now it’s gone? I hate stuff like that.

We did wander into the former CBGBs location, though. It’s some sort of poofterish men’s high fashion store now. The walls are still covered in band stickers and graffiti, which is cool. But they sell jackets for $1800, and that sort of thing. The workers were eyeballing us with suspicion, but weren’t overly rude. There are tons of vintage photos on the walls, and a lot of the old vibe, so we looked around for a few minutes and got the hell out of there. I didn’t need to incur the wrath of the fake Anderson Cooper who was milling about with a tape measure around his neck. Ya know?

Then we had cannoli at a little neighborhood bakery, which was also fantastic. It was a good day, exactly what we’d hoped for. As mentioned: super-rare.

A couple of things about those NYC cabs… The only other time I’d been in one was on a business trip with WEA years ago. The driver was some kind of exotic foreigner whose pits clearly hadn’t encountered a bar of soap in quite some time. He smelled worse than any human I’d ever met, and was shouting and driving like a crazy man. My memory is a bit foggy, but it seems like he was briefly on the sidewalk. Can that possibly be true?

But the two drivers we had on Thursday (we also took a cab back to Port Authority) were professional and stench-free. Both of them drove aggressively, but nothing like the guy from years ago. The cars themselves were also clean and reasonably new. It was a positive experience.

How are they paid, though? Does anybody know? I understand they get tips, but how are they compensated beyond that? Do they get a percentage of the fares? How does it work? Also, what do they do if they have to take a leak? There’s nowhere to park in that city. It seems like the off-loading of urine would be a major issue for those guys. Any ideas? Do they have piss huts or something?

By the way, I’ve used the subway many times in NYC, in addition to buses and cabs. Heck, I’ve even been in a limo a couple of times there, back during the high-flying record weasel years. No Uber yet. Maybe next time? But I’d rate the bus as the worst, by far. When I got off those things I felt like there was a high likelihood I was now infected with SARS. Not the Park ‘n’ Ride buses, mind you, the city buses. One time I put my hand in what was almost certainly a giant glob of snot. It was still warm, and I nearly upchucked my Sabrett on the spot. Blecch. The rest of the options were pretty OK. The subway is a bit unnerving only because I’m always (always!) convinced we’re on the wrong train. But, if I ever learned to use it with confidence, that’s the way I’d go. Good times.

Do you have much experience with public transportation? Like cabs or the subway? Or even the long-haul stuff like Greyhound or Amtrak? If so, please share whatever interesting stories you might have collected. And do you agree that buses are the worst? What are your feelings on the matter?

When we lived in California the company I worked for tried to shame everyone into using a train service called MetroLink. They paid for a month’s worth when I started, and I tried it out. Yeah, and after about a week and a half I’d had enough of that bullshit. I went RUNNING back to my car. They could fire me if they wanted. I hated having to be at the station at a very specific time, and going home at a very specific time, and not having a car at lunchtime. Plus, the other commuters annoyed me for various reasons, so I quickly pulled the plug on that experiment. I got a little judgment from some of my oh-so-correct co-workers, but tough shit. I thought they were pro-choice?

If you have anything on any of this disjointed nonsense, please share in the comments.