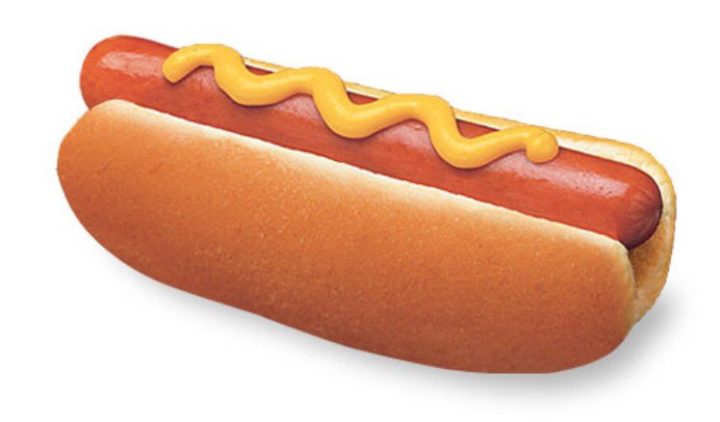 When I was in West Virginia last weekend, we had lunch at a place that can be best described as a hot dog joint. You drive up, some zitster comes right out to your car window and takes your order, and within a shockingly abbreviated amount of time he’s back with a bulging sack o’ dogs.

Unfortunately, they weren’t very good. Not horrible, mind you, just nothing spectacular. But… it was a treat to be able to let my guard down and order the things like I really wanted them: with chili and slaw.

I think I was in my early teens when I realized that slaw served on a hot dog is unusual outside of my home state. I remember we were in Florida on vacation, and there was a sign outside a restaurant that read WEST VIRGINIA STYLE HOT DOGS. All of us were baffled, so we did a big Streets of San Francisco u-turn and went back to investigate. Yeah, they just served ’em with slaw… I was completely confused. Isn’t that universal??

Of course, now I know better. If I were to order a hot dog with cole slaw in northeastern Pennsylvania, they’d look at me like I’d surely wandered away from my handlers. So, I generally just go with yellow mustard. Sometimes, if it’s available, I’ll opt for chili. But I don’t generally trust it outside of West Virginia. Most of the time it’s mustard, or mustard and onion.

When I was a kid there was a big-time debate in Dunbar, on the level of Beatles vs. Stones, about who had the best hot dogs in town: the bowling alley or the Dairy Queen. You were expected, for the sake of sport I suppose, to choose a side. But I loved them both. The buns were always steamed, the chili and slaw was always perfect… It was a good day indeed, whenever somebody did a bowling alley or Dairy Queen run. I always told people I was a bowling alley man, because society insisted you pick one or the other, but I was secretly happy with either.

One thing that triggers a personal squint of disapproval: grown adults who eat hot dogs with nothing but ketchup. Or even catsup, for that matter. It’s a kiddie kondiment, right? Also, I’ve never been able to fully endorse relish. It feels like something from the 1800s, and is pickle-based. I can eat it, but it’s far down the list of preferences.

I’ve had those big Chicago-style hot dogs, with freaking tomatoes, a pickle spear, etc. Again, it’s fine for the novelty of it. And I like the gigantor Sam’s Club or Costco dogs, and even the new Burger King grilled hot dogs. But the best will always be the ones served at the Dunbar Bowling Alley/Dairy Queen, during the 1970s. For the last forty years I’ve been chasing the wiener-shaped dragon, I’m not kidding.

What about you? What are your thoughts on hot dogs? Do you have opinions? It seems like everybody does. Use the comments section to bring us up to date on it.

And I had a whole list of things to write about today, but sometimes these updates get away from me. There’s always next time, right? One thing I will mention: yesterday was my one-year no-alcohol anniversary. It’s amazing, really. But the thing about it? I don’t really feel that much better or worse without beer in my life. I was hoping for a big dramatic change. But I’m still fat, my book isn’t being written any faster, and I continue to walk around with a perma-scowl. Oh well. I’m saving money, I guess. And by “saving,” I mean buying CDs from Amazon, instead of suitcases full of Yuengling Lager.

Also, a couple of amazing things from the weekend… Check it out, the public service announcement I’ve been trying to find for 20 years. I must have seen it 5000 times between the ages of 10 and 13. A major find! Also, take a look at this! The price is too high, but the fact that it’s finally being released makes me happy. A must-have. One of the best, underappreciated comedies ever.