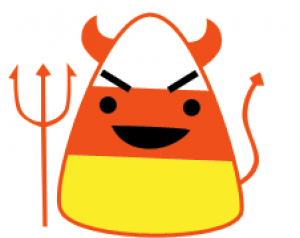 I was never much of a Halloween fan, not even as a kid. Oh, I jumped through all the required hoops to get my sack o’ chocolate, but it wasn’t a lot of fun.  Wearing wigs and press-on mustaches just doesn’t mash my buttons, for some reason.  Many people love it, but I’m not one of them.

Plus, I’m not really into the dark arts.

However, I do have a few Halloween memories that make me smile, and I’ll briefly share them with you now.  Then I’ll turn it over to you guys, while I spend Halloween night 2012 inside a distribution center, wondering how it all went wrong.  OK?  OK.

When I was teenager we liked to throw eggs on Halloween night.  Most of the grocery stores wouldn’t sell them to young troublemakers like us, but we just went to Fas-Chek.  They didn’t give a shit.

There would be a bunch of us riding around in the back of Bill’s pickup truck, flinging eggs all willy-nilly.  We sometimes had a hundred of them, and we’d hit all the people we didn’t like — mostly assholes on our paper routes — and random “targets of opportunity.”

One year in particular was memorable.  There were people in that truck we barely knew, and it devolved into some shit that could’ve landed us in prison.

I remember us riding on Fairlawn Avenue — which is a high-traffic two-lane road.  And some (drunk) girl was standing up in the bed of the truck, hurling eggs straight down onto the windshields of cars traveling in the opposite direction.  She’d wind-up, like Tom Seaver, and I just knew one of those cars would leave the road, and drive through a house or something.

A couple of us told her to knock it off, but she was one of those tough Joan Jett types, and didn’t like to be told what to do.  Freaking crazy.  Somehow we got away with it, but I was puckered for hours.

A tip for egg-throwers:  If your target is far away, you should shake the egg before throwing it.  If you don’t it’ll explode in your hand.  Close targets don’t require any shaking, because there’s not as much pressure upon release.

Since Halloween is always around election time, we also liked to stay out late and move campaign signs around.  We put an enormous wooden sign in our friend Tim’s front yard one year.  It was huge, with support beams, etc.  It required quite an effort.

We also FILLED Rocky’s front yard with signs a couple of times.  We did it once with real estate signs, and once with campaign materials.  The election stuff was hilarious, because there were dozens and dozens of signs — often with competing candidates represented.  I wish we would’ve taken a picture.  The entire yard was wall-to-wall signs, and we just couldn’t stop laughing.

One year Bill and I got caught by the cops putting election signs into the back of his truck.  We’d been drinking (go figure), and while the police left us alone for a few minutes we began eating grass, to try cover the beer smell.  We were sitting on a curb, yanking handfuls of sod out of the ground, and packing it into our mouths.  Heh.

The cops were not amused by our little “project,” but let us go.  My dad somehow found out about it, though.  He told me the politicians had been blaming each other for their signs disappearing, and we’d almost triggered a major incident.  Some of them were ready to make formal complaints to the Attorney General.

In California everybody in our neighborhood got into Halloween, big-time.  Some people worked for the movie studios, building sets and whatnot, and they created some of the most elaborate decorations I’ve ever seen.  It was a giant party, and a whole lot of fun.

On the corner were a couple of high functioning alcoholics, named Andy and Candy, who passed out king-sized Snickers bars to the kids, and cans of beer to their parents.

We’d have hundreds of people come to our door, and it was just a blast.  All the adults were mildly buzzed, the kids were having a great time, and it was the best Halloween experience ever.  Enthusiasm, booze, and George Lucas’ Industrial Light & Magic add up to some good times, I’ve learned.

In Atlanta I remember overhearing an extremely gay man telling someone he and his partner passed out individual Tic Tacs for Halloween.  I don’t know if it’s true, but it made me laugh, anyway.

And I need to go now.  If you have any good Halloween tales to tell, please do so in the comments section below.