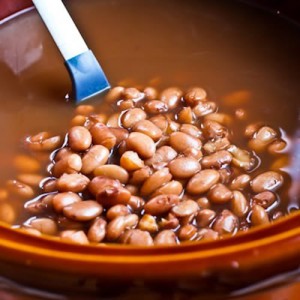 Last night, in the cafeteria at work, I purchased a superior turkey dinner.  They have good food there, which is kind of surprising.  At my previous job there was a cafeteria, as well, and they served stuff that was just north of edible.  Tales of food poisoning and mortar shell diarrhea were abundant.

But the current “caf” (I don’t use that abbreviation, needless to say, but most people do), is pretty darn good.  And yesterday they were serving up a big ol’ turkey dinner with stuffing, mashed potatoes, corn, dinner rolls, etc.  I give it two gravy-smeared thumbs up.

The stuffing, though…  It had kielbasa in it.  And what the hell, man?  I’ve never encountered such a thing, and I’ve encountered a lot.  Sausage coins mixed into the stuffing?  I started chewing and mashed down on something spongy, and it just kept getting bigger and bigger with every bite.  Sweet sainted mother of Bob Cobb!

Yeah, it’s probably a northeastern Pennsylvania standard, and some of you will now jump on me with both feet:  “How can you not know about this… you certainly are stupid…”  Have at it.  Regardless of my stupidity, though, it caught me off-guard.  It was an odd discovery, in a strange place.

Oh, I ate it.  Please don’t misunderstand.  I’m not saying it wasn’t delicious…

There are home cookin’ (meat ‘n’ three) places in the South, that serve up cornbread with full-blown corn kernels mixed into it.  That also surprised me, the first time I encountered it.

What foods with a seemingly bizarre ingredient have you eaten?  I’m not talking about stuff that shouldn’t be there, like bugs and things, I’m talking about an ingredient that’s purposely included, but unusual.  To you, anyway.

As I was fighting with those kielbasa discs, it reminded me of something I’d almost forgotten about.  A few years ago, a Surf Reporter (I’m sorry I can’t remember who) sent me a recipe for something called the Beer Drinker’s Bean Pot.  It looked good, and I actually made it a few times.  It’s perfect for fall, and I think I’m going to whip up a big batch of it this coming weekend.

Here’s the email, with the recipe included.  It’s really good, despite the claim of it being fartless.  Please don’t let that dissuade you…  If you enjoy stuff like chili, and beans slow-cooked on a cold day, it’s a good bet.  And it’s even better the second time, like spaghetti sauce.  Some things improve after spending a day or two in the fridge, a-thickening and a-mingling.  Ya know?  This is definitely one of them.

Do you have any traditional foods for fall, like this forgotten favorite?  I mean, I can’t imagine cooking something like the Beer Drinker’s Bean Pot in summer…  It simply doesn’t compute.  If you have any suggestions for me, post your (simple) recipes in the comments.  Let’s turn this bitch into a Rachael Ray cooking site for a few hours!  Without all the perkiness, of course, and the weird Buddy Hackett mouth.  Thank you very much.

And speaking of fall, someone asked in yesterday’s comments when Bourbon Season begins.  Traditionally it kicks-off on Halloween night, and extends through New Years Eve.  But nothing is cast in stone.  Last year I wasn’t into it, and had very little Maker’s Mark.  But during previous seasons I’ve started early, and continued past the cut-off date.  Bourbon Season is a living, breathing thing… always evolving.   Please feel free to customize to your liking.

And I just heard that R.E.M. broke up, which bums me out a little.  They’ve been a longtime favorite, and I can’t imagine them not being around.  They lost their way a bit, after Bill Berry left the band, but the last two albums are better than a lot of people realize, or seem to want to give them credit for.  In any case, thanks for all the great music guys.  You’ve been a pleasant part of my life for thirty years.

And that’s gonna do it for now.  Have a great day, boys and girls.