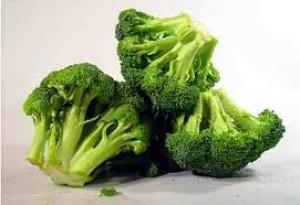 Hello Surf Reporters!  I hope everyone had a great weekend.  Mine was decent; I’d give it a B.  I didn’t see the family much, for various reasons, and craved some o’ that.  But there were no other downsides to it.  I took Wednesday off from work, so I had four and a half days off.  It was good stuff.  How would you grade your weekend?

I didn’t finish the book project, but made significant progress.  I don’t think I’ve ever worked so hard on anything, in my life.  Which is nothing to brag about…  I should’ve worked on LOTS of things this hard, and didn’t.  In any case, it’s coming along.  Hopefully it won’t suck at the end.  Sometimes when I read it I get excited, and other times I want to chuck the whole thing in the garbage.

I better watch it, because there’s nothing romantic about a Brian Wilson-style descent into kookiness, when you haven’t accomplished much.  It’s a whole lot better when you’ve got a Pet Sounds to your credit, along with 20 or so Top 10 hit songs.  I’m in no position for a nervous breakdown.  Someday, though!  You’ve got to keep thinking positively.  Right?

I bought two new wall calendars on February 1.  Experience has taught me that stores usually mark down their calendars to $3 on February 1.  During the month of January they’re half-off, and then it’s three bucks in February.  At some point they go to a dollar, but that’s an iffy proposition.  They’re so picked-over, and beaten to shit, the dollar stage is usually a sad state of affairs.

No, $3 is the sweet spot.  I went to Books a Million, and selected seven possibilities.  Then I narrowed it down to two:  photos of New York City, and England.  Both have interesting pics, not just the standard stuff.  I’m pleased with my selections.

I used to go the ironic route, like tractor calendars, chickens, or old SPAM ads and that sort of thing.  But I don’t swing that way anymore.  I almost went with baseball memorabilia this year, but thought I might get bored with it.  At this point I look for something that will provide inspiration, without being sappy.

Do you put this much effort into selecting your wall calendars?  Which ones did you go with this year?  Or do you just tack the State Farm calendar up, with stock photos of waterfalls?

Last night I worked the first of (hopefully) eighteen nights in a row.  We’ll see how it goes.  I’m already about to snap.  Sunday night sucked so bad it was almost impossible.  They’re not going to make it easy on me…

My goal:  150 hours during one two-week pay period.  Then I could pretend I’m in China, building iPhones!  Awesome.

I saw my gut in the mirror a few days ago, and nearly started crying.  I’m thinking about giving this diet a try.  My last attempt at dieting nearly caused me to go out and set warehouse fires, but this one seems a lot more sensible.  You guys know me pretty well… what do you think will be the downfall?

Help me out, won’t you?  If your points are valid, I might just say to hell with it.  What are your thoughts?

And I need to go now.  I’m going to stop by Target, on my way to work, to buy a couple of pairs of enormous jeans.  My size is way down near the floor at this point, so hopefully my Mickey Mantle knees will cooperate.