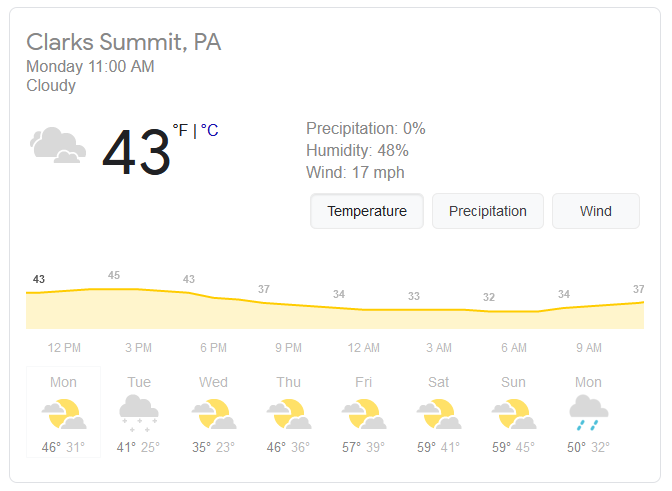 When I came home from work on Thursday night I walked through the door and bellowed (to nobody), “What in the long sleeved shit?! Why is it so cold in here??” I walked straight to the thermostat and gave it a little extra juice. Then I went to bed an hour or so later, without thinking any more about it. But when I got up the next morning Toney told me the furnace wasn’t working at all. Ugh! What if it’s dead? Visions of a $3000 replacement bill started dancing in my head.

But it’s even worse than that. We can’t even get anybody to come out and look at it. Toney called our normal place and they said “maybe Monday or Tuesday.” Then on Monday it became “maybe Wednesday.” It’s freaking cold in here! So, we called other places and it was an even longer wait. One guy said the end of next week “if all goes well.” That’s no good.

So, we went through the weekend with no heat. Toney and I got into a mini-argument about buying a space heater, but it was eventually purchased. It helps in the living room, but the bedrooms are like sleeping out in the yard. It’s crazy. We’re stacking blankets like Little House on the Prairie. And, fueled by the low temps predicted for the next couple of nights, I’m now worried about our pipes freezing.

And nobody will even come out to take a look at what might be causing the problem. We’re in a frosty-ass holding pattern. It’s bullshit. I feel like checking into the Hilton in Scranton and just letting the chips fall where they may.

What’s the longest you’ve gone without heat or electricity or some other vital utility? I’m sure some of you who live in hurricane or earthquake areas have some REAL horror stories to tell. This is only Day Four for us, but it’s taking its toll. It feels like a tomb in here. And Toney has all the blinds down, believing it will help, which only makes it sadder and more demoralizing. The gloom is taking me down!

What do you have on this subject? Tell us about it in the comments, won’t you?

And I’ll be back soon. Hopefully in a warm and toasty state.

UPDATE: We now have heat again. A person came out today and was here for more than seven hours. He said we had “stacked” problems, meaning more than one. It wasn’t a cheap fix, but I don’t have any suspicions he was scamming us in any way. Something called an aquastat was the main culprit. Who the hell knows? I’d never heard that word before in my life. All I know is… it’s warm and toasty in here again. Pass the beer nuts.